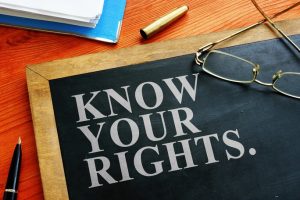 Once upon a time in America, workers got the raw end of the deal when it came to labor laws. Employers had their way with safety, benefits, and promotion issues. As the push for employee rights gained momentum, the United States Congress began reforming labor laws by passing legislation that was much more worker-friendly.

In 2021, there are more than 180 worker protection laws on the books, with six labor laws forming the cornerstone of worker rights.

Establishment of the Minimum Wage

If you pointed to one labor law that set the table for subsequent labor laws, it would be the Fair Labor Standards Act (FLSA). The FSLA established a minimum wage for American workers. Although the federal minimum wage has remained the same since 2009, many states have taken the lead to push the minimum wage for workers into the 12-15 dollars per hour range. The FLSA also protects minors that enter the workforce against exploitation by employers.

Safety in the Workplace

Passed into law in 1970, the Occupational Safety and Health Act focuses on minimizing workplace accidents. Numerous safety provisions place the burden of protecting American workers on employers. The Occupational Safety and Health Administration (OSHA) enforces workplace safety laws for most businesses, which does not include self-employed entrepreneurs and small family farms.

One of the more recent federal laws that protect American workers is called the Affordable Care Act (ACA). The ACA calls employee health insurance coverage a right at most medium and large companies. The Employer Shared Responsibility Payment provision mandates companies with more than 50 full-time workers to offer a minimum amount of health insurance. Not following this provision results in a stiff penalty that includes a substantial fine.

At the height of the Great Depression, President Franklin D. Roosevelt signed into law the Social Security Act. The historic worker protection law provides retired and disabled Americans with a financial safety net that can last for decades. Employer payroll taxes and contributions by workers fund the safety net program. Statistics from June of 2020 demonstrate around 64 million Americans receive some form of Social Security compensation.

Several laws passed at the federal level prohibit employers from retaliating against employees that report violations of the law. The whistleblower protections are provisions written into different laws, such as the Clean Air Act and the Consumer Product Safety Improvement Act. OSHA runs a Whistleblower Protection Program that processes the complaints workers have about employer violations of health and safety laws.

Considered a landmark law that protects American workers, the Civil Rights Act of 1964 makes it illegal for employers to discriminate based on several factors that include age, race, gender, and religion. Additional protections against discrimination have come into play since 2009 because the United States Supreme Court has issued decisions in favor of worker’s rights.

Long gone are the days when employers ran roughshod over American workers. Dozens of worker protection laws have given employees the legal leverage to seek justice for violations of labor laws. If your employer has violated any of the six laws we mentioned or other labor laws as well, get in touch with a California employment attorney to determine the best course of action. California has enacted labor laws that in many cases provide stronger protections for workers.