Are LGBTQ Employees Protected From Discrimination?

Are LGBTQ Employees Protected From Discrimination? 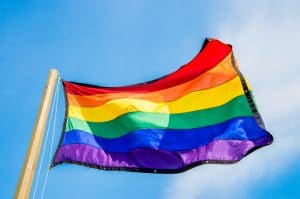 While not all federal courts agree, the EEOC treats sexual orientation discrimination as illegal.  If you have been discriminated against because you are lesbian, gay or bisexual, you may have a viable claim against your employer.

The EEOC’s Rulings on Sexual Orientation

The Equal Employment Opportunity Commission (EEOC) is the federal agency tasked with administering and enforcing civil rights laws against workplace discrimination.  These laws include the Civil Rights Act of 1964, the Age Discrimination in Employment Act of 1967, the Rehabilitation Act of 1973, and the Americans with Disabilities Act.

The Civil Rights Act governs many cases of workplace discrimination, including claims of discrimination based on race and sex.  It does not specifically include sexual orientation as a protected trait, so until recently, both courts and the EEOC held that an employer could fire a worker for being gay, lesbian or bisexual.  However, the EEOC has changed its position and now interprets Title VII of the Civil Rights Act to include sexual orientation in the prohibition against discrimination on the basis of sex.  This has led to rulings in favor of employees who are discriminated against because they are gay, lesbian or bisexual.

The EEOC has taken a firm stance on sexual orientation discrimination.  It now actively pursues lawsuits against employers who discriminate against gay, lesbian and bisexual employees.  In the past three years alone,  the agency has filed numerous lawsuits against employers on this basis.  This includes a suit against a medical center where a supervisor used anti-gay slurs and vulgar language around an employee that he knew to be gay, a case against a company that fired an employee after she complained about being harassed for not conforming to traditional female gender norms, and a claim against a restaurant that permitted its mangers to harass and belittle a transgender employee.

Because the United States Supreme Court has not yet weighed in on the question and Congress has not amended the Civil Rights Act, a sexual orientation discrimination lawsuit in federal court is still an uncertain proposition.  However, it is clear that LGBTQ employees can seek help from the EEOC.  Many EEOC cases are resolved before they reach court, often resulting in substantial settlements for the employees and requirements that the employer not discriminate against employees and that it undergo training on these issues.

If you are gay, lesbian or bisexual, you should not be harassed or discriminated against at work because of who you love.  You also should not have to stay “in the closet” in order to keep your job.  If you have been subjected to workplace discrimination or harassment, the discrimination attorneys of PLBSH can help.  We are skilled at handling all types of employment law cases, including sex discrimination claims.  Contact us today at (800) 435-7542 or info@plbsh.com to learn more about how we can assist you in protecting your legal rights.