Are You Eligible for Overtime Under New Federal Rules?

Are You Eligible for Overtime Under New Federal Rules?

Home » Blog » Are You Eligible for Overtime Under New Federal Rules? 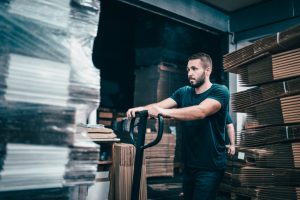 Under current federal law, most workers who make $23,660 are entitled to overtime pay. This means that to be considered salaried under federal wage and hour laws, you need to make at least $23,660 per year. As of January 1, 2020, you will need to make at least $35,568 to be considered salaried. Anyone who makes less than that will be eligible for overtime.

Yet according to a California employment lawyer, a proposal by former President Barack Obama would have raised the salary threshold to $47,000. This would have led to approximately 3 million more workers being entitled to either a shorter work week or more pay for their work. This rule was struck down by a judge in Texas. After President Trump took office, it issued its own rule, setting the threshold at $35,568. The last time the threshold was updated was 2004.

Why is this threshold important? Many workers are paid a relatively low annual salary and are ineligible for overtime pay as a result. For example, an employee could be paid $40,000 per year as a salaried employee. If that same employee is required to work 50 or 60 hour weeks on a regular basis, he or she may actually make more money if they were paid on an hourly basis. As a California employment lawyer can explain, having a higher threshold for overtime pay means that more employees will have the benefit of overtime pay — and will not be put in the position of having to work long work weeks for a relatively low salary.

If you are eligible for overtime pay and your employer fails to pay you time-and-a-half for all hours worked over 40 in a given week, then you may be able to file a claim against it. In California, you can file a wage claim with the Division of Labor Standards Enforcement, or you can file a lawsuit against your employer. Your lawsuit can also allege a violation of the federal Fair Labor Standards Act (FLSA).

At PLBSH, we are dedicated to helping employees who have been treated unfairly by their employers — whether that involves not being paid overtime, being discriminated against, or another injustice. Contact our firm today at (800) 435-7542 or info@plbsh.com to schedule a consultation with a California employment lawyer.