Ask an Employment Law Attorney: What Constitutes a Disability for the Purposes of Disability Discrimination Cases?

Ask an Employment Law Attorney: What Constitutes a Disability for the Purposes of Disability Discrimination Cases?

Home » Blog » Ask an Employment Law Attorney: What Constitutes a Disability for the Purposes of Disability Discrimination Cases? 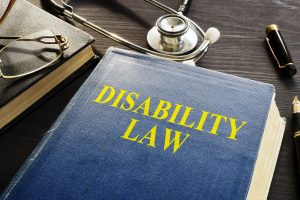 If you have a disability and have been discriminated against in the workplace as the result of that disability, you might have grounds to file a claim or lawsuit against your employer. Keep reading to learn more about disability discrimination and then contact PLBSH at (800) 435-7542 for a free legal consultation.

Employers can assert there was no wrongdoing or need to provide accommodations in disability discrimination lawsuits because, in their eyes, the employee did not have a “disability.” In California, however, the term “disability” is used extensively.

The Legislature has said that it wants “physical disability” to be widely interpreted in order to protect job applicants and employees from discrimination because of physical disabilities that are debilitating, possibly impairing, or seen as disabling or potentially disabling, whether actual or perceived.

Here are some instances of what the Fair Employment and Housing Act defines as a physical disability: HIV/AIDS, hepatitis, diabetes, multiple sclerosis, epilepsy, and seizure disorders are examples of chronic or sporadic ailments.

Additionally, the following have been recognized as physical disabilities by California courts: back issues that interfere with daily tasks such as working, the effects of polio, injury to the wrist that limits one’s ability to lift, pull, and push, having high blood pressure and hypertension, and high risk pregnancy.

Here are some instances of what the Fair Employment and Housing Act defines as a “mental disability”: any psychological or mental condition, such as intellectual impairment, organo-cognitive syndrome, unique learning problems due to emotional or mental disorders that restrict a key life activity, clinical depression, bipolar illness, diseases on the autism spectrum, schizophrenia, disorders that are chronic or recurrent, such post-traumatic stress disorder, and obsessive compulsive disorder.

The list provided above is only illustrative; other ailments could also be considered to be mental disabilities. In order to ensure that job applicants and employees receive the protection they are entitled to against discrimination based on actual or perceived mental impairment that is disabling, potentially disabling, or perceived as disabling or potentially disabling, the California Legislature has stated its intent that “mental disability” needs to be construed broadly by courts.

Call today to learn more about your options

The lists of physical and mental disabilities listed above is not exhaustive. There are many other examples. If you believe you have been discriminated against for a disability, whether or not that disability is specifically listed above, we suggest you contact PLBSH at (800) 435-7542 to speak to an employment law attorney.