The law prohibiting mandatory arbitration goes into effect in January. 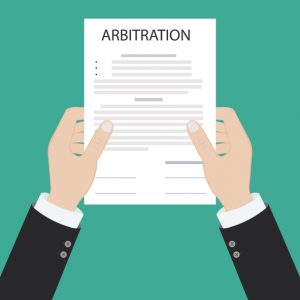 When a person is looking for a new job, they are usually not in a strong position in terms of bargaining power. If an employer offers them a job, but requires them to sign a harsh contract as a condition of employment, they may feel like they have no choice other than to sign. One type of agreement that many employers require employees would mandate arbitration in the event of any legal disputes. As a California employment lawyer can explain, arbitration is a type of alternative dispute resolution that is generally viewed as very favorable to employees.

Recognizing that these types of contracts put employees in an unfair position, California passed a new law that would criminally penalize employers who ask employees to sign mandatory arbitration contracts. The law, which was set to go into effect in January 2020, would apply to new employees who are required to sign arbitration agreements or current workers who may be fired if they do not agree to sign such a contract.

In December, the California Chamber of Commerce filed a lawsuit asking the court to block the new law (known as AB 51) before it goes into effect. The Chamber argues that the new law would increase litigation, clogging courts, increasing costs for both businesses and workers, and delaying justice (as the court process usually takes more time than arbitration). The lawsuit argues that arbitration is fair, easy, as well as being more cost-efficient and quicker than litigation.

The bill’s author, Assemblyperson Lorena Gonzalez of San Diego, has stated that these types of contracts should not be permitted because employees are put in the untenable position of choosing between a job or job offer and signing away their rights. For this reason, arbitration is ineffective because the parties do not have equal status.

The #MeToo movement was one of the reasons for the new law. Arbitration allowed employers who discriminate, sexually harass or otherwise mistreat their employees to hide their misdeeds. Arbitration is generally confidential, while a lawsuit is public information. By penalizing employers who mandate arbitration, California lawmakers will enable employees to shed light on problematic employers — which may prevent situations where abuse goes unchecked for years or even decades.

Arbitration is particularly problematic for low-wage workers, who may not have the ability to hire their own attorney or to fight the mandatory arbitration contract. According to a California employment lawyer, it can often result in unfair results for employees — even if it is a faster process.

At PLBSH, we have more than 40 years of experience representing workers who have suffered injustice at work, including harassment, discrimination and retaliation. Our firm is dedicated to protecting employees and working with them to enforce their legal rights. Whether a case is handled through arbitration or litigation, we aggressively advocate for our clients’ interests. To learn more or to schedule a consultation with a California employment lawyer, contact us today at (800) 435-7542 or info@plbsh.com.