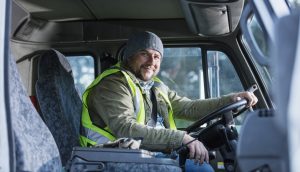 In 2019, Assembly Bill 5 (AB5) was enacted in California. This law codifies the “ABC Test,” which is used to determine if a worker is an employee or an independent contractor. This distinction is incredibly important because if a worker is an employee, they are entitled to a number of benefits and protections. The same isn’t true for independent contractors, who cannot access workers’ compensation, retirement, and other benefits.

According to a California employment lawyer, this law was enacted in response to a growing problem of employers seeking to save money by classifying employees as independent contractors. This has become a major problem in California, where tech companies like Uber and Postmates use an army of workers to provide services — and get away with not paying those workers any benefits or offering them workplace protections by calling them independent contractors. The massive profits seen by these companies is due in no small part to a business model that requires employees to be classified as independent contractors. In April 2018, the California adopted the ABC test in a case involving package-delivery drivers. The ABC Test is widely viewed as more favorable to workers, as applying it is more likely to result in them being classified as employees.

Companies and business groups throughout California strongly disfavor this law, as it will result in employers having to pay benefits and provide protections such as leave under the Family and Medical Leave Act. The California Trucking Association, together with two truck drivers, filed a lawsuit against AB5, arguing that it violates federal law and it outlaws a common industry practice of using independent contractors to haul freight. There are more than 70,000 independent owner-operator truck drivers in California.

As part of the lawsuit, the Trucking Association requested a preliminary injunction, which would stop the law from taking effect until a final decision was reached in the case. In late January, the judge issued that injunction, finding that federal law pre-empts AB5 as it relates to truck drivers. The court found that federal trucking laws prohibit states from regulating truck drivers. A final ruling on this lawsuit may ultimately carve out an exception for truck drivers in the law.

Importantly, no matter what the final decision on this lawsuit may be, its application is relatively limited. The judge relied on the fact that the Federal Aviation Administration Authorization Act (FAAAA) regulates interstate motor carriers — and mostly forbids states from doing the same. Because truck drivers tend to move across state lines, they are generally regulated by the federal government rather than the state (otherwise, truck drivers would have to adhere to a new set of employment laws each time that they entered a new state — which would be virtually impossible to do). This holding does not apply to industries such as ride share services, which generally does not involve travel across state lines and is not regulated by the federal government.

If your employer has wrongfully classified you as an independent contractor, you may be entitled to compensation. A skilled California employment lawyer can help. Contact PLBSH today to schedule a consultation and learn more about your rights and options.