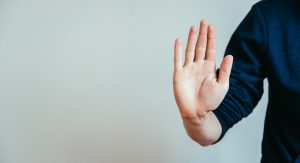 In 2017, the #MeToo movement swept across the country. One of the men to be publicly outed as a serial sexual abuser was movie mogul Harvey Weinstein. As the movement took hold, multiple women came forward to share their stories of sexual harassment and abuse at the hands of Weinstein. These revelations have also led to criminal charges against Weinstein in both New York and California.

In 2018, actress Ashley Judd filed a lawsuit against Weinstein for an incident that occurred in his hotel room approximately 20 years ago. Judd claimed that Weinstein only allowed her to leave his hotel room if she agreed to let him touch her if she won an Oscar. Later, Weinstein allegedly told producers of the Lord of the Rings move that Judd was a “nightmare” to work with, and she did not get the role that she was in talks to play. Judd sued Weinstein for defamation and sexual harassment.

Recently, the Ninth Circuit Court of Appeals overturned that decision, allowing Judd to move forward with her sexual harassment lawsuit. The Court found that the relationship between Judd and Weinstein was “substantially similar” to the business, service, or professional relationships listed in the law. The Court noted that there was an inherent power balance, where Weinstein was in a position to exercise coercion or leverage over Judd because of his job and influence.

This ruling is a clear victory for actors who are asked to perform sexual favors in exchange for a job. But it also has the potential to apply beyond the “casting couch.” There are many situations where a person may have the ability to exercise control over another person in a business or professional relationship. For example, if a young woman applies for a job at a popular bar or restaurant, and the manager tells her that she can only get the job if she performs a sexual favor for him, then she may be able to file a lawsuit. This ruling may expand the ability of victims of sexual harassment to seek justice. It may also deter people in positions of power from using it to sexual harass or coerce others.

At PLBSH, we represent clients throughout California who have experienced workplace sexual harassment. We analyze the facts of each case and thoroughly research the law to find ways to help our clients achieve the best possible result for their case. To learn more or to schedule a consultation with a California sexual harassment attorney, contact us today at (800) 435-7542 or info@plbsh.com.