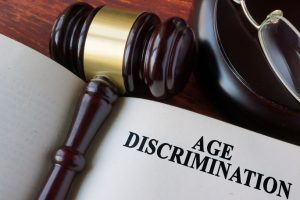 Enacted by the United States Congress in 1967 to prevent employers from discriminating against older workers, the Age Discrimination in Employment Act (ADEA) dramatically changed the workplace by prohibiting age discrimination. Although the ADEA initially protected workers until they reached the age of 70, Congress removed the age limit during the Reagan administration.

The ADEA covers employers that have a minimum of 20 workers. Employers cannot make employment decisions that discriminate against workers that are at least 40 years old, which includes hiring, promotion, and compensation decisions.

Like with many other types of laws, California was the trendsetter when it came to prohibiting age discrimination in the workplace. Passed by the California legislature eight years before the enactment of the ADEA, the Fair Employment and Housing Act (FEHA) also protects workers against age discrimination that are at least 40 years old. Although the FEHA is similar to the ADEA, the FEHA covers employers that have just five workers.

How to File an Age Discrimination Claim in California

Contact the PLBSH Law Firm to schedule a free case evaluation to determine how to proceed with your claim. You can reach us by submitting the online form or by calling our office at (800) 435-7542.