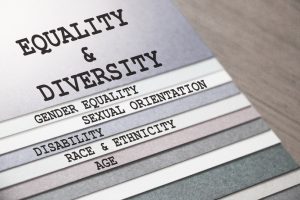 California is known nationwide as the state that sets trends in politics and popular culture. The Golden State also sets the legal standard for a wide variety of laws that include the California Fair Employment and Housing Act (FEHA). Passed by the California legislature in 1959, FEHA predates the monumental Civil Rights Act of 1964 by five years.

One of the guiding legal principles of FEHA is to prohibit California employers from discriminating against an individual based on race or ethnicity.

Overview of FEHA and Race Discrimination

California employers cannot discriminate against workers because of race. FEHA requires employers that have at least five employees to comply with the California civil rights law. The five-employee minimum is a more restrictive requirement than what is established by the Civil rights Act of 1964, which sets the minimum number of employees at 15.

Harassment based on race or ethnicity is unlawful in every California workplace, regardless of the number of employees.

Race typically describes an individuals’ physical characteristics, such as skin and hair color, as well as facial features. On the other hand, ethnicity refers to where a person was born or an individual’s ancestry.

Many racial and ethnic discrimination claims come down to the word of an employee against the word of an employer. If you face racial or ethnic discrimination in the workplace, you must gather and organize evidence that starts with company-related paperwork. For example, if you have received positive performance reviews over the past several years, but your employer passed you over for a promotion because of your skin color, you might be able to make a strong case of racial discrimination.

Other evidence that can boost a claim includes witnesses corroborating your claim of racial discrimination in the workplace.

Get the legal assistance that you deserve by calling the PLBSH Law Firm at (800) 435-7542 or by submitting the convenient online form.