California Seeks to Make Rule Regarding Independent Contractors into Law

California Seeks to Make Rule Regarding Independent Contractors into Law 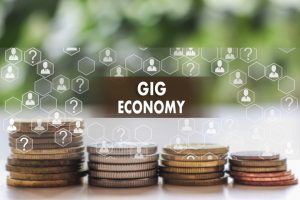 In 2018, the California Supreme Court adopted a new standard — known as the “ABC Test” to determine whether a worker was an employee or an independent contractor for purposes of a wage order.  This ruling was considered extremely favorable to workers, and as a result, was heavily opposed by businesses.  Many companies seek to use independent contractors to avoid paying benefits to employees, including workers’ compensation, Social Security and unemployment benefits.  The ABC Test made it harder for businesses to claim that workers were independent contractors.

Assembly Bill 5 (AB 5) was recently introduced before the California Legislature.  Authored by Lorena Gonzalez Fletcher, a Democrat from San Diego, the bill would make the ABC Test the law in California for all provisions of the Labor Code and the Unemployment Insurance Code.  This would make it more difficult (but not impossible) for the test to be challenged by businesses.  AB 5 would not make any exemptions for companies that work in the gig economy, such as Uber or Lyft.  If it makes it through the Senate by mid-September, then Governor Newsom may sign the bill into law.  Otherwise, it will go to the next legislative session.

This bill is particularly important for California workers because it would extend the ABC Test to the entire California Labor Code as well as the Unemployment Insurance Code.  The ABC Test provides that a worker is presumed to be an employee of the hiring business if they are hired to perform services, unless the employer can prove:

In essence, this test makes it more challenging for businesses to prove that a worker that they have hired is an independent contractor, rather than an employee.  If AB 5 becomes law, then the test would be incorporated in all areas of California labor law — not just wage orders.  Significantly, the Legislature also intends to address the ABC Test as it relates to workers’ compensation laws in California.

As more companies rely on freelance and “gig” workers to make their business model succeed, it is often the individual who suffers — by not being able to take advantage of the many laws that are designed to protect employees in California.  An experienced California wage and hour lawyer can work with you to help you determine you are properly classified as an employee, and not an independent contractor, under the ABC Test.  If so, then you may be entitled to greater benefits, such as overtime pay.  In the future, if AB 5 becomes law, those benefits may be expanded to include items such as unemployment insurance.

The law firm of PLBSH fights for the rights of workers across California.  We are devoted to helping people like you achieve justice.  To learn more or to schedule an initial consultation, contact our firm today at (800) 435-7542 or info@plbsh.com.