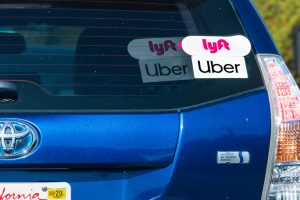 Determining whether a worker is labeled an employee or an independent contractor produces several consequences. One of the most important consequences concerns workers’ compensation insurance.

The State of California requires employers to buy workers’ compensation insurance for each employee. However, employers do not have to purchase workers’ compensation insurance for the independent contractors that they temporarily hire. California has established several tests that determine whether a worker is an employee or an independent contractor. The most important test involves determining how much control an employer has over a worker, such as deciding operational processes for workers.

How are Rideshare Drivers Classified?

Drivers have argued for years that they are employees because the companies they work for determine how much the drivers can charge per ride. They also have to follow rules or run the risk of losing their jobs. Drivers also argue they are vital to the success of a rideshare business, as well as point out that cab companies must purchase workers’ compensation insurance for their drivers.

As of November 2020, a rideshare driver that gets hurt while working does not qualify for workers’ compensation benefits. Nonetheless, recent legal actions in the State of California indicate that is about to change.

On August 10, 2020, Judge Ethan Schulman of the California Superior Court based in San Francisco ruled Uber and Lyft must classify their drivers as employees. Judge Schulman stated that rideshare drivers are “central, not tangential,” to the rideshare business model. Uber and Lyft plan to appeal the decision

Over the past five years, several drivers have filed lawsuits that challenged the labeling of rideshare drivers as independent contractors. In one of the lawsuits, an Uber driver sued the company because of the injuries the driver suffered because of an attack by a passenger. A separate lawsuit in a San Francisco federal court seeks to classify rideshare drivers as employees.

If you work as a rideshare driver and have suffered an injury while on the job, you should speak with a California-licensed workers’ compensation attorney. A workers’ comp lawyer can discuss how the process unfolds, as well as explain the latest legal developments concerning the classification of rideshare drivers.