Changes to California Workers’ Compensation in 2020

Changes to California Workers’ Compensation in 2020

Benefit increases, worker classification changes, and more are coming in 2020 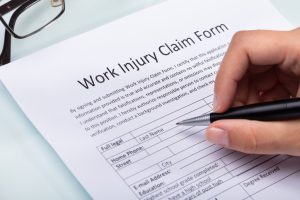 In California, employees who are injured or who develop an illness while on the job may be entitled to through the workers’ compensation system. Workers’ comp is a form of insurance that provides certain benefits — such as income replacement and medical expenses — without regard to fault. In other words, if you are injured or become sick at work, you will be able to receive benefits without having to prove that your employer was negligent.

In 2020, there are a number of changes that will come to California workers’ compensation law. The most significant change will come in how workers are classified — as employees or independent contractors. In the gig economy, employers are increasingly likely to label people who work for them as independent contractors rather than employees. Doing so allows employers to avoid paying a number of benefits and taxes. It also means that these workers are not covered by workers’ compensation insurance.

Beyond this change, in 2020, the rate for many workers’ compensation benefits will increase. This includes:

Importantly, these rates only apply to injuries suffered on or after January 1, 2020. Any injuries or illnesses that happened before that date will be paid at the rate established for that year. Compensation rates for partial disability will not change. They will remain at a maximum of $290.00 per week, with a minimum benefit of $160.00 per week. If employers underpay workers’ compensation benefits, they may be responsible for fees and penalties. For this reason, it is vital to know the current benefit rate.