Wells Fargo is back in the news for a lawsuit alleging that the banking giant fired employees who wouldn’t create fake accounts. 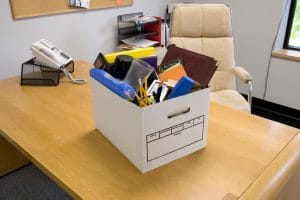 Recently, banking firm Wells Fargo made national news when it was fined millions of dollars for a practice of employees creating fraudulent accounts and then charging customers fees for accounts that they did not even know existed. This scam resulted in massive penalties and the firing of thousands of employees who participated in the scheme.

However, Wells Fargo is not out of hot water yet.   — and now there are new allegations that the company fired employees for not participating in this fraudulent scheme.  That is the subject of a new lawsuit in California, where hundreds of former employees have sued the firm for wrongful termination.

Basis For the Suit

This new lawsuit was filed initially in Los Angeles County on behalf of hundreds of workers.  It alleges that workers were routinely fired over the past decade for refusing to open fake accounts in order to meet high sales goals.  This is the same practice that has led to Wells Fargo being under investigation for fraud by the federal government and now the United States Congress. Wells Fargo has already admitted to creating approximately 2 million fake accounts using the information of their existing customers.
Wells Fargo did fire more than 5,000 employees for their role in opening up these accounts — which may also be legally problematic, if these employees were doing this at the behest of their supervisors or with the encouragement of management.  However, these recently-terminated employees are not at the heart of the current suit.  Instead, it focuses on the many employees who were fired because they wouldn’t participate in the fraud and refused to open fake accounts for customers to meet mandatory sales quotas.

This suit may become a class action lawsuit in federal court based on the sheer number of claims and employees involved.  A class action lawsuit is when a group of people with the same or similar claim against a company or person file a joint lawsuit.  It is a way of improving court efficiency, as thousands of claims can be resolved with a single lawsuit.  It is often also very favorable to the plaintiffs in the lawsuit, as it can show a pattern or practice that is hard for the defendant to deny.

Wrongful Termination for Refusing to Do Something Illegal

An employee can sue an employer for wrongful termination for a number of reasons, such as discrimination or retaliation.  If an employer fires a worker for refusing to do something illegal, that is also grounds for a lawsuit for wrongful termination.  This is because our legal system has determined that it violates public policy to allow employers to fire someone for not doing something against the law.  People should be encouraged to follow the law; permitting a company to fire a worker for not breaking the law would have the opposite effect.

Proving a wrongful termination case based on a refusal to commit a crime can be difficult, and requires the assistance of a skilled California wrongful termination attorney.  In the Wells Fargo case, it may be slightly easier because the firm has already admitted to the illegal action and because there are so many employees who claim that they were terminated for this reason.

If you have been fired for a wrongful or illegal reason, contact PLBSH at (800) 435-7542 or info@plbsh.com.  We’re experienced employment attorneys with an in-depth knowledge of the laws surrounding wrongful termination.  We’ll fight for your right to be compensated for lost wages and other damages — and in some cases, we won’t charge a fee unless we get money for you.