Discover How Witness Statements Can Be Used in Employment Law Cases

Discover How Witness Statements Can Be Used in Employment Law Cases 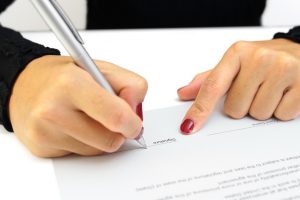 The facts may appear clear to a person involved in a wrongful termination, harassment, or retaliation case. After all, if an employer or boss has been treating you unjustly or unlawfully at work for a long time, it may feel like something that everyone should be able to notice.

However, despite what may appear to be an error, these instances cannot be determined only on the basis of a person’s emotions. In order to prove that you were dismissed or harassed, you’ll usually need something more substantial. That’s why having at least one witness statement might be crucial to proving your case.

Witness statements can be helpful

In employment law matters, a judge or jury may have to decide between the manager’s assertion that he did not harass an employee and the employee’s allegation that he did. But what if you had another witness — for example, an employee who isn’t a party to the litigation — who could testify that he saw the harassment?

If a witness is willing to testify or sign a statement claiming he or she witnessed the harassment, it can make a big difference in an employee’s ability to prove his or her case. It can be crucial both during settlement talks and at trial, when a jury is unsure who to trust.

Consider the situation of retribution. Employee X may have been told that he was fired for another reason, such as poor performance or a lack of work, after filing a complaint regarding safety breaches. It may be difficult to demonstrate that this rationale was incorrect.

Employee Y, on the other hand, coming out and claiming that his supervisor instructed him that if he wants to maintain his job, he should not complain about safety like employee X, would be evidence that employee X was dismissed in reprisal for complaining.

Similarly, proving that an individual was sexually harassed at work might be difficult. Perhaps a manager was constantly pressing a young female waitress to go out on a date with him, or was cornering her and attempting to kiss her, or was grabbing her bottom as she passed past him. While it may be difficult for this waitress to substantiate her claims on her own, having her coworkers sign statements stating that they witnessed the harassment would greatly help her case.

Witness statements have the benefit of being more believable since the witnesses have nothing to gain by testifying or making a statement – in fact, they may get in trouble with their supervisor for doing so. As a result, these remarks may be even more useful in establishing an employment law case.

Obtaining a witness statement might assist you in proving your case if you have been harassed at work or retaliated against by your employer. A skilled employment law attorney can assist you in assembling solid evidence for your claim, including witness testimonies.

Our committed team of specialists at PLBSH has over 40 years of combined expertise resolving employment law disputes. To book a free first consultation or learn more about how we may help you, call (800) 435-7542.