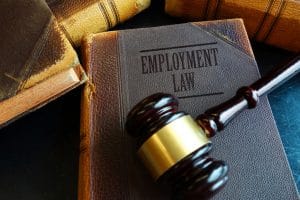 The Equal Employment Opportunity Commission (EEOC) is the federal agency tasked with enforcing certain employment laws, including those related to discrimination in the workplace. After consultation with a skilled employment discrimination attorney, employees who believe that they have been illegally discriminated or retaliated against by their employers must either file a complaint with their state agency or the EEOC as an initial step. These agencies will then decide whether to prosecute the matter. If they decline, then an employee can file a lawsuit through his or her employment discrimination attorney.

Recently, the EEOC released its 2017 statistics for the numbers of claims filed by state. While these statistics do not reveal how cases were resolved, they do show certain patterns of the type of workplace complaints that are most frequently seen in certain states — and what types of discrimination seems to be more common in certain areas.

PLBSH has offices in both California and Arizona, helping employees get justice for workplace discrimination and retaliation in both states. That is why the similarities of EEOC charges in these states was of particular interest to us. Unsurprisingly, as one of the most populous states in the country, California had a high number of EEOC charges filed: 5,423 in 2017 alone. In contrast, Arizona had just 1,988.

These numbers show that workplace discrimination and retaliation based on discriminatory conduct continue to be a major problem in California and Arizona. Having a seasoned employment discrimination attorney can help to level the playing field, ensuring that you have someone on your side to fight for justice. If you have been treated unfairly in the workplace, and subject to discrimination or retaliation, a lawyer can advise you of your rights and help you determine if you have a viable case for filing with a state agency or the EEOC.

At PLBSM, our employment discrimination attorneys have more than 40 years of experience helping workers get the compensation that they deserve for the damages that they have suffered as a result of discrimination and retaliation. Contact us today at (800) 435-7542 or info@plbsh.com to learn more about how we can help you.