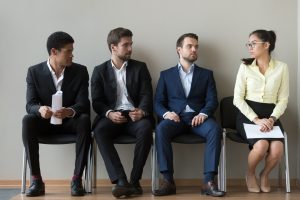 Unfortunately, ethnic inequality still exists today. Racism may be found in all walks of life, including the workplace.

Employers cannot discriminate against employees, job seekers, volunteers, or even contractors based on their race or ethnicity. Title VII of the federal Civil Rights Act of 1964, as well as the California Fair Employment and Housing Act (FEHA), make this type of behavior illegal. An employer may be sued if they refuse to recruit someone, they demote them, they pay them less than other employees in similar jobs, or they discriminate against them in some other way.

For example, a manager may advise an employee to “go back to Mexico,” implying that he dislikes Mexicans, and then place the employee on an unfavorable swing shift schedule while other employees have regular days or nights to work. This could be considered both ethnic and racial discrimination as well as discrimination based on national origin.

Ethnic discrimination can be more subtle

In many cases, an individual employee may not realize they are being discriminated against until they notice other people of their race being treated similarly. Employment discrimination lawyers in California are trained to seek for these larger patterns of prejudice.

You do not have to put up with ethnic discrimination

Being called ethnic slurs, intimidated, or harassed because of your race are all examples of ethnic discrimination. Discrimination of this nature is easy to see. More subtle forms of discrimination include dismissing job applications or resumes with names associated with a specific race or ethnicity, or only providing training chances to employees of a single race.

Importantly, while ethnic discrimination is most typically directed at members of minority groups, it can affect everyone. If you are the only white employee in a job where everyone else is Asian, for example, your coworkers may discriminate against you in some ways. You could launch a claim against your employer if the discrimination meets the requirements of Title VII and the FEHA.

PLBSH represents employees who have been mistreated or discriminated against at work. If you have been the victim of workplace discrimination, please contact us at (800) 435-7542 or info@plbsh.com to arrange a consultation with a California employment discrimination lawyer.