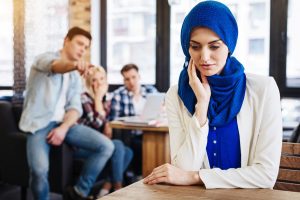 The subject of employment discrimination can be challenging. Employers are forbidden from discriminating on the basis of race, color, religion, sex, or national origin under the federal Civil Rights Act of 1964. According to this rule, it is illegal for an employer to either refuse to recruit, terminate, or treat someone differently based on these characteristics.

Proving these kinds of allegations can be difficult since it might be difficult to show that an activity was discriminatory or what an employer’s intentions were. However, in other instances, employees may find it simpler to establish purpose in circumstances involving religious discrimination. Keep reading to learn more and then contact PLBSH at (800) 435-7542 to request a free consultation with an attorney.

A Look at the Abercrombie & Fitch Case

The American Supreme Court ruled in 2015 that the apparel shop Abercrombie & Fitch was wrong to refuse to hire a Muslim woman who was wearing a traditional head covering during her interview. Her headscarf violated the company’s “look policy,” which forbade workers from donning “caps” to work, therefore the retailer refused to hire her. She was turned down despite being otherwise eligible due to the company’s rule against “caps.”

In a case brought on behalf of the Muslim lady, the Equal Employment Opportunity Commission (EEOC) claimed that the look policy was discriminatory since it resulted in the denial of applications from eligible individuals based on those candidates’ religious views or practices.

The appeals court overturned the trial court’s initial determination that the practice was discriminatory, saying that the policy was “neutral” and not discriminatory (in other words, it applied to all candidates and employees equally). In a decision that was strongly in favor of workers who think they may have experienced religious discrimination, the US Supreme Court disagreed.

If the employer in the Abercrombie case intended to avoid creating an exception to the look policy when it rejected the Muslim woman’s application, then it broke the law.

Your Rights at Work

What does this mean for the workforce, then? Due to the fact that a person need not formally request the accommodation, it may ultimately be simpler to prove a case of religious discrimination. Even when the employee or potential employee did not make a particular request for accommodation, it may be sufficient if an employer acts with the intention of avoiding having to accommodate a religious practice.

For instance, if an applicant for a job interview and the company suspects that the individual is Jewish, the application cannot be rejected on the grounds that the business does not want to grant the candidate Saturday off due to religious obligations. Even if the applicant never explicitly said that he is Jewish or that he would need Saturdays off for the Sabbath, this would still constitute religious discrimination against the candidate.

Call Now to Speak with a Religious Discrimination Attorney

Contact PLBSH at (800) 435-7542 if you suspect that your employer or a potential employer has discriminated against you. We will fight tenaciously for your right to a job devoid of discrimination based on your race, gender, color, religion, or national origin since we have extensive expertise with employment discrimination claims in a number of circumstances.