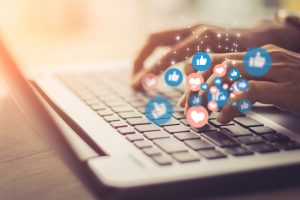 Facebook has become omnipresent in our lives, with millions of Americans checking in on the social media site daily for news, updates for friends — and even job postings. Unfortunately, an option by Facebook to allow users to “target” their ads based on demographics has led to some companies to engage in discriminatory practices.

In September, the Equal Employment Opportunity Commission (EEOC) sent a letter to seven companies stating that it found reasonable cause that each company violated federal laws by excluding women, older workers or both from seeing their job ads on Facebook. The companies include Capital One, Enterprise, Edward Jones, Nebraska Furniture Mart, Renewal by Andersen, DriveTime and Sandhills Publishing.

Facebook has tools that businesses and others can use when paying for sponsored content. These tools allow a user to target their ads by location, age, gender, and more. According to the EEOC, these companies specifically set their ads to exclude potential employees by age, gender, or both. All of the ads are from 2018 or earlier.

Previously, Facebook settled several lawsuits based on claims that its advertising platform allowed discrimination in housing, employment and credit ads. After those settlements, Facebook made changes to its platform to prevent this type of discrimination.

According to a California employment discrimination lawyer, the federal Civil Rights Act of 1964 prohibits employment discrimination based on certain protected statuses — including sex, race, and religion. In the past, discrimination may have been more obvious, such as if a company interviews both men and women but only hires men. Now, by targeting ads specifically to one group of people (or excluding people entirely), a company could claim that an entire class of people simply did not apply for the position.

These types of ads prevent unfairly prevent individuals from seeking employment based on their age, sex, race, religion or other factors. It can often be difficult to discover that an employer is engaging in this type of action, which is why the EEOC’s action is so important.

If you believe that you have been discriminated against in hiring or at your current job, you may have a legal claim. Employment law cases can be complicated, and require following multiple steps. That is why it is important to consult with a California employment discrimination lawyer as soon as possible if you have experienced discrimination. Your attorney can help you put together evidence and decide on a course of action.

At PLBSH, our law firm is dedicated to representing employees who have suffered discrimination in the workplace — as well as those who lost job opportunities due to discrimination. If you believe that you have been shut out of a job due to your age, gender, race, or another factor, we can help. Contact our firm today at (800) 435-7542 or info@plbsh.com to schedule a consultation with a California employment discrimination lawyer.