Wage and hour laws are designed to protect employees from exploitation 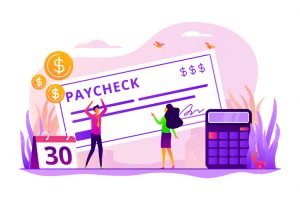 When you have a job, you — rightfully — expect to be paid for the hours that you work. Federal and state wage and hour laws exist to make sure that employers pay their workers fairly. Unfortunately, employers throughout California may still try to avoid paying employees what they are owed.

There are a number of ways that employers violate these laws. Below, we outline 5 common scenarios.

Employers in California must pay employees overtime at a rate of one and a half times their regular rate of pay for all hours worked in excess of 8 hours in a workday or 40 hours in a workweek. Some companies violate these laws by engaging in shady tactics like moving an employee’s extra hours to a new week, or simply not paying overtime at all.

Another common wage and hour violation involves asking employees to do work before they have punched in or after they have punched out at the end of the day. Under both California and federal law, these types of requests are illegal.

Non-exempt employees in California are entitled to a meal break when they work more than 5 hours in a day, plus rest breaks of 10 minutes every 4 hours. During meal and rest breaks, employers cannot require employees to be on call or perform any work. Despite these clear laws, some employees ask their workers to skip their breaks, come back early, or even refuse to give their employees any breaks when they are busy.

If you believe that your employer has engaged in these or other practices to avoid paying you for your work, you may be able to file a claim against them. Reach out to PLBSH today to schedule a consultation with a California employment attorney about your potential case.