Get Concrete Examples of Different Types of Workplace Discrimination

Get Concrete Examples of Different Types of Workplace Discrimination 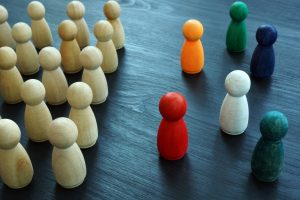 The unfortunate truth is that workplace discrimination is all too common. There are many examples of this and at PLBSH we have helped our clients through these difficult times. Keep reading to understand concrete examples of various types of discrimination. Call us at (800) 435-7542 to request a free legal consultation.

Employees are protected from racial discrimination nationwide in the United States. This kind of illegal behavior could happen both before an applicant is hired by the company and after they start working there. Many times, companies engage in racial discrimination by refusing to hire racially diverse personnel or not offering a job opportunity to applicants who do not belong to a specific ethnic group.

A person may have been the target of racial discrimination if they suffered significant consequences, such as wrongful termination, as a result of actions taken by non-racist coworkers who go unpunished. A situation where an employee does work of a caliber comparable to that of their coworkers but is informed it is subpar without any more reason is another kind of racial discrimination. Any sort of racial oppression, harassment, or retribution at work falls under this category of discrimination.

Any unfavorable measures taken by an employer against a worker because of their age are unacceptable. The employee may need to conduct some research to see whether younger employees are performing equally well as them or experiencing comparable consequences in order to show this sort of discrimination. The employee may have a case for age discrimination if their performance is on par with or better than that of younger workers. Consider the case below.

Benefit reductions and layoffs may be communicated to staff members of a business that is experiencing financial difficulties. In the event that the person in question is an older employee, management may warn them that their position will be eliminated without taking into account the fact that their family depends on their employment and benefits. This employee should be on the lookout for indications of prejudice, such as the retention of younger workers at the expense of older counterparts.

There are several ways this protection may be used, even if gender discrimination of any kind is prohibited. It may seem apparent, for instance, that an employer cannot treat a female employee poorly because of her gender. But it’s important to remember that the employer can’t treat her differently just because she could get pregnant and need to take time off to care for her baby or herself. This situation may be demonstrated using the following example:

A female candidate for a job is very qualified for the position for which she is being interviewed. The manager queries her about her future goals during the interview. She can say that while she is presently focused on her work, getting married and starting a family are among her future objectives. If she is not hired, the employer’s choice may be based on the assumption that if she were to become pregnant in the future, she would require time off for maternity leave.

A non-native American employee or job applicant cannot be subjected to discrimination by an employer. All the same safeguards against discrimination as other workers are available to everyone who is legally able to work in the United States.

An employer cannot turn down a job application from another nation if they have been residing in the country for some time and have received legal authorization from USCIS to work there. Some firms have the audacity to inform job candidates they only hire Americans, which is an obvious and legitimate reason for a discrimination claim.

If you have suffered one of these or another type of workplace discrimination, contact PLBSH at (800) 435-7542 to learn more.