The class action lawsuit was settled for $11 million 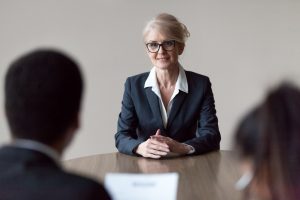 In California, technology is one of the key drivers of the state economy. While tech plays an important role in our growth and development, this industry isn’t without problems. This includes age discrimination. As a recent settlement by Google shows, bias against older employees is still prevalent in the tech world.

Under the Age Discrimination in Employment Act (ADEA), discrimination based on age for workers aged 40 and older is prohibited. Unfortunately, many individuals find themselves facing discrimination based on their age, particularly when it comes to getting hired. According to a California employment discrimination attorney, that was the basis for the class action lawsuit against Google. A class action lawsuit is a lawsuit where a group of people with similar legal claims file suit together. Doing so often makes it easier to show a pattern of behavior, such as a tech company refusing to hire workers over a certain age.

Google’s workforce is primarily made up of employees under the age of 40 — in contrast to the typical age for workers in those positions (according to U.S. Department of Labor statistics). More than 200 individuals in the lawsuit argued that they had been denied engineering positions based on their age. In July 2019, Google agreed to settle the claim for $11 million. In addition, Google agreed to conduct age bias trainings, ensure that its marketing materials reflected age diversity, create a subcommittee in its recruiting department to focus on age diversity in engineering positions, to make sure that internal age bias complaints are investigated and to survey departing employees about discrimination.

This settlement follows a March 2019 announcement from Facebook that it had reached settlements with civil rights organizations and labor groups for discrimination in its advertising that allowed employers, landlords and creditors to target ads based on age, race, national origin, sex, and religion. Many tech companies, including Amazon, Facebook itself and Cox Communications, had used Facebook’s ad system to exclude older people from job ads.

If you have faced any kind of discrimination at work, including based on your age if you are 40 or older, PLBSH can help. We are aggressive advocates for our clients, working hard to protect their rights. Contact our firm today at (800) 435-7542 or info@plbsh.com to schedule a consultation.