Have You Been the Victim of Race Discrimination? Learn How an Employment Law Attorney Can Help You

Have You Been the Victim of Race Discrimination? Learn How an Employment Law Attorney Can Help You

Home » Blog » Have You Been the Victim of Race Discrimination? Learn How an Employment Law Attorney Can Help You 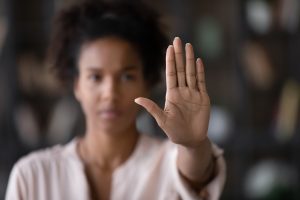 California is renowned throughout the country as the state that influences pop culture and politics. In addition, the Golden State establishes the legal benchmark for a number of legislation, such as the California Fair Employment and Housing Act (FEHA). FEHA was adopted by the California legislature in 1959, five years before the historic Civil Rights Act of 1964.

Employers in California are forbidden under the FEHA from discriminating against workers on the basis of race or ethnicity. Keep reading to learn about this Act and how it works – and what doesn’t work about it. If you have been the victim of racial discrimination, contact PLBSH at (800) 435-7542 to learn what your legal options are.

Employers are prohibited in California from treating employees unfairly based on race. Employers with at least five workers must abide with the California civil rights statute per FEHA. The Civil Rights Act of 1964, which set the minimum number of employees at 15, is more lenient than the five-employee minimum requirement.

The FEHA does much more than just forbid employment discrimination. The following groups are likewise prohibited from discrimination under California law applicants, contractors, and unpaid interns. Regardless of the number of employees, it is illegal to harass someone based on their race or ethnicity in any California workplace.

Typically, a person’s race is used to define their physical qualities, including their skin color, hair color, and facial features. The term “ethnicity,” on the other hand, refers to a person’s birthplace or heritage.

National origin, another name for ethnicity, includes the following elements: cultural traits of a particular group of people, association with a particular group of individuals, tribal affiliation, membership in an organization that promotes the interests of a certain demographic, participation in a school that supports a nationality, and belonging to a religious organization that advances national interests.

The laws against discrimination in California apply to more than just companies. The same legislative guidelines set forth for employers in the private sector must also be followed by unions and other labor organizations.

Witness testimony that supports your allegation of racial discrimination in the workplace is another piece of supporting evidence.

An expert California employment lawyer is needed to file a claim for racial discrimination in the workplace. Your attorney can guarantee that you complete all the documentation on time and assist you in gathering strong proof. Professional employment lawyers are aware of whether to settle a claim of racial discrimination and when to pursue a lawsuit.