How App-Based Food Delivery Workers Are Battling Back Against Mistreatment

How App-Based Food Delivery Workers Are Battling Back Against Mistreatment

A series of lawsuits are exposing their employers’ bad practices. 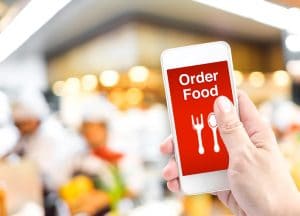 In 2017, there are more options than ever before for having food delivered to your door. From DoorDash to GrubHub to Postmates, app-based food delivery services allow users to order from their favorite restaurants (even the ones that never offered delivery before), and have it brought to their home in short order. They can pay and tip directly through the app, making it a quick and easy process. But for the workers who are actually fulfilling these orders, it turns out that things aren’t quite as great.

A wave of lawsuits against delivery services has revealed that many companies that use this business model are allegedly mistreating their workers. These companies operate using mobile phone applications, or apps, and hire an army of low paid workers to pick up and deliver food from a wide range of restaurants in a metropolitan area. In most cases, these workers are misclassified as independent contractors rather than as employees — even though the companies control every aspect of their employment — and are not given benefits, paid overtime, or even paid the state or federal minimum wage.

There are a number of factors that should be considered when determining whether a food delivery worker is an independent contractor or an employee. Generally speaking, if a worker is only permitted to work during certain hours, and is told that he or she must deliver food in a certain period of time and will be paid a certain amount per hour, that worker will likely be considered an employee rather than an independent contractor. A skilled employment lawyer can assess your case to determine if you are working for a delivery service and believe that your employer has wrongfully misclassified you or is otherwise mistreating you.

At PLBSH, our employment lawyers have more than forty years of experience helping clients who have been treated unfairly. We offer free initial consultations, where we help our clients understand their rights and options. Contact us today at (800) 435-7542 or info@plbsh.com to learn more or to schedule an appointment.