California is one of just 17 states that forbids gender identity discrimination. 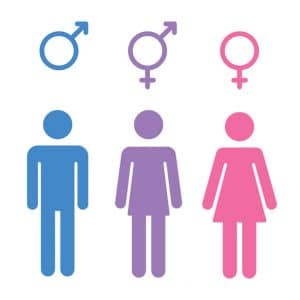 Across the nation, the topic of gender identity has been in the news quite a bit, with some states looking to pass laws prevent transgender students and adults from using the restroom of their choice.   Beyond the bathroom issue, there is a question of how transgender and gender nonconforming Americans will be treated at work.  In most states, the law does not protect them from workplace discrimination or harassment.  California is one of just 17 states that specifically prohibits workplace gender identity discrimination.  The California Fair Employment and Housing Act (FEHA) specifically prohibits employment discrimination and harassment of transgender and gender nonconforming workers, and protects employees’ rights to dress and appear in accordance with their gender identity at work.

If you have been harassed or discriminated against at work due to your gender identity or expression, an experienced California employment law attorney may be able to help you file a complaint against your employer.  The laws regarding workplace discrimination can be complicated, and require the assistance of a skilled lawyer who understands how to appropriately file a claim and meet the deadlines.  At PLBSH, our employment law attorneys are highly skilled at helping job applicants and employees who have faced all types workplace discrimination, including discrimination based on gender identity, gender discrimination and sexual orientation.  Contact our office today at (800) 435-7542 or info@plbsh.com to schedule a free consultation and learn more about how we can help you.