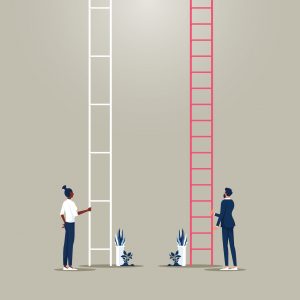 When most people think of employment discrimination litigation, they see a person in the minority — a woman, a person of color, or an LGBT person, for example — being discriminated against by someone in the majority, say a white boss. Even in 2022, this form of prejudice is alarmingly frequent, yet it is illegal.

However, both federal and California laws are written in such a way that they do not protect racial, sexual, or religious minorities from job discrimination. Instead, these regulations ensure that no one is discriminated against. When majority groups are discriminated against, this is known as reverse discrimination. Keep reading to learn more about it and then request a free legal consultation from PLBSH at (800) 435-7542 if you believe you have been the victim of this type of abuse.

What is reverse discrimination?

Reverse discrimination occurs when members of the majority group in a workplace are treated unfairly because of their gender, color, national origin, religion, or another protected trait. This could be the result of a single employee’s or supervisor’s personal biases or animus, or it could be part of a larger pattern.

There are many forms of reverse discrimination

It is possible to be a member of the majority class (for example, a white man) and still encounter job discrimination. A skilled employment law attorney may be able to pursue justice for reverse discrimination in certain scenarios. Even if he or she is a member of the majority group, an employee who has been unlawfully targeted or otherwise denied employment opportunities because of his or her race, gender, national origin, or another protected trait may have grounds for a lawsuit.

You need an experienced attorney

Discrimination lawsuits can be complicated, and you’ll need the help of an experienced employment lawyer. It’s vital to remember that federal and state legislation, such as the Fair Employment and Housing Act, apply equally to everyone. You may be entitled to compensation if you have been discriminated against because of your race, gender, or another illegal reason.

We have more than 50 years of experience managing these types of difficult employment law cases at PLBSH. If you suspect you have been subjected to reverse discrimination at work, contact us now at (800) 435-7542 or info@plbsh.com to schedule a free first consultation and learn more about how we can assist you.