Now more than ever before, employers use independent contractors to do work — but if they are truly employees, the employers could be sued. 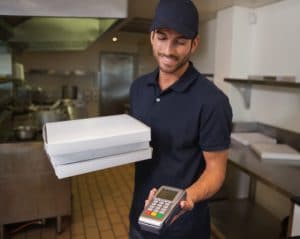 In 2016, more people participate in the “gig economy” than ever before.  Whether they perform freelance work online or contract with companies like Uber or Lyft to perform taxi services, these workers are typically classified as independent contractors.  But as recent lawsuits show, they may be misclassified — and their employers may owe them money and other benefits as a result.

The laws regarding whether a worker is an independent contractor or an employee vary by state, and has major consequences.  If a worker is classified as an employee, the employer must withhold income taxes, Social Security and Medicare taxes and unemployment taxes.  The employee may also be entitled to certain benefits offered to other employees.  If a worker is deemed an independent contractor, then the employer is only required to pay him or her pursuant to their agreement — which is often a huge money savings for the employer.

When deciding whether a person is an independent contractor or an employee, the IRS provides three broad guidelines:

If you have been working for a company as an independent contractor and believe that you are truly an employee, an employment law attorney can help you evaluate whether or not you have a viable case.

Independent Contractors in the Gig Economy

More than ever before, workers in the United States are paid for individual jobs by companies in what is known as the “gig economy.”  Many of these companies are now facing employment lawsuits alleging that they have misclassified employees as independent contractors so that they could avoid giving benefits and other protections to these workers.  Some companies have settled these lawsuits, such Uber, but others still have lawsuits pending.

GrubHub, an app that offers food delivery from restaurants that do not otherwise offer delivery, was sued in California in 2015 on this basis. The company hires drivers to deliver this food, who allege that they are required to sign up for shifts in advance, told where to report, how to dress and even given a list of requirements that they must meet.  They claim that when their pay and expenses are calculated, they often make less than minimum wage and are not paid overtime wages.    The company also faces a similar lawsuit filed in Chicago.

Employers who do not treat their workers fairly may be sued on a number of basis, including for not properly classifying workers as employees. If you believe that a company you work with has improperly deemed you an independent contractor instead of an employee, you will need a seasoned employment law attorney on your side.  Contact PLBSH today at (800) 435-7542 or info@plbsh.com to schedule a consolation, and learn about how we can assist you.