Is Alcohol Considered a Disability by the Social Security Administration? Learn the Truth and Contact an Attorney

Is Alcohol Considered a Disability by the Social Security Administration? Learn the Truth and Contact an Attorney

Home » Blog » Is Alcohol Considered a Disability by the Social Security Administration? Learn the Truth and Contact an Attorney 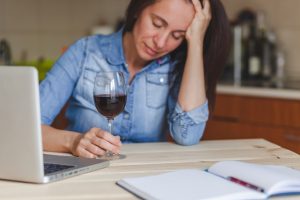 While the opioid epidemic has dominated the news, one of the most frequent types of addiction has received little attention. 17.6 million Americans are affected by alcoholism, with millions more engaged in dangerous drinking practices that might lead to alcoholism.

Alcoholism, like other kinds of addiction, is widely recognized as an illness. Many people, however, are unaware of the rules that may protect them if they are suffering from alcoholism and need to take time from work for medical treatment or other forms of support. Keep reading to learn more. Then contact PLBSH at (800) 435-7542 to request a free legal consultation with an employment law and SSDI attorney.

The Americans with Disabilities Act

People who misuse alcohol may be considered handicapped under the Americans with Disabilities Act (ADA) if they are alcoholics or recovering alcoholics. Different states consider alcoholism to be a sickness, according to an experienced employment lawyer.

Importantly, whether or not someone is formally designated impaired under the ADA or an equivalent state legislation, discrimination against employees based on the suspicion that they are alcoholics is illegal. In other words, even if a person is not an alcoholic, it is illegal for an employer to assume that he or she is — and so believes that the person has a handicap — and to discriminate against him or her because of it.

The Family Rights Act of California

Under federal or state law, a person who is an alcoholic may be entitled to leave. The Family Rights Act of California, for example, provides for up to 12 weeks of leave for alcohol-related disorders. This is a job-protected leave, which implies that an employer cannot fire an employee while they are receiving treatment.

Under California or federal law, a lengthy leave of absence might be deemed a reasonable accommodation. Employers may also be required to provide other accommodations to workers with alcoholism, such as intermittent leave to attend support organizations such as Alcoholics Anonymous.

California has a special statute that mandates some companies to accommodate employees who voluntarily desire to attend and engage in a drug or alcohol treatment program. This request can only be refused if it would cause an unreasonable burden on a private enterprise with 25 or more workers. This is yet another safeguard for employees who are suffering from alcoholism, allowing them to seek treatment without fear of losing their employment.

Employers can also restrict the consumption of alcohol in the workplace. Despite the fact that the law acknowledges alcoholism as an illness, it does not oblige businesses to enable employees who are affected by alcohol to do their tasks in a dangerous way. If you feel you have been discriminated against at work because of your alcoholism, or if you have had other negative repercussions at work, speak with an employment lawyer. You can call PLBSH at (800) 435-7542.