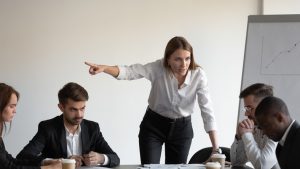 In 2020, the topic of racial inequality has become a major topic of discussion, following various police shootings of Black men and women — and the subsequent protests and unrest. For some, these shootings demonstrate a pervasive pattern of racism, which is often referred to as systemic racism. This type of racism can be seen in all facets of life, including in the workplace.

As a California employment discrimination attorney can explain, it is illegal for employers to discriminate against employees, job applicants, volunteers and even contractors based on their race or ethnicity. Two laws make this type of conduct illegal: Title VII of the federal Civil Rights Act of 1964, and the California Fair Employment and Housing Act (FEHA). If an employer refuses to hire a person, demotes them, pays them less than other employees in similar positions, or discriminates against them in another way, they may face a lawsuit.

In some cases, like the example above, it is easy to see that an employee is being discriminated against at work. More often, however, racial discrimination is much more subtle. It can take a number of forms, such as giving employees of a certain race the most physically dangerous tasks, or only giving overtime to employees of one race. In many situations, an individual employee might not realize that they are being discriminated against until they realize that other people of their race are being treated in the same way. California employment discrimination attorneys are trained to look for these broader patterns of discrimination.

At PLBSH, we represent employees who have been discriminated against and harassed at work. If you have experienced workplace discrimination, reach out to us today at (800) 435-7542 or info@plbsh.com to schedule a consultation with a California employment discrimination attorney.