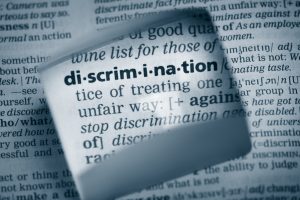 Discrimination based on sex and gender is prohibited by both federal and Californian law. Even though workplaces have changed significantly since these rules were initially passed, it is still very possible for employees to face discrimination on the basis of their gender or sex. How can you tell if your claim of discrimination is legitimate?

The first thing to observe is that, despite the fact that sex and gender are frequently used synonymously, they have different meanings. Gender normally refers to the cultural traits that are frequently associated with either being male or female, whereas sex is typically used to refer to a person’s anatomy.

In this article, we’ll use the term “gender discrimination” to describe instances in which someone is treated unfairly just because they are a woman or a male. Discrimination based on gender identification is a distinct issue that deserves to be the subject of a separate blog article. If you have questions or require a consultation, contact PLBSH at (800) 435-7542.

Both Title VII of the Civil Rights Act of 1964 and the California Fair Employment and Housing Act forbid discrimination based on sex or gender. This kind of discrimination occurs when a person experiences unjust treatment at work because of their gender. Although it is frequently brought up in relation to how discrimination against women at work affects them, it may equally affect male employees.

Any adverse treatment that is based on a person’s sex or gender is considered gender discrimination. It might be anything from not hiring someone because of their sexual orientation to paying employees differently based on their gender to providing male and female employees with different benefits. Anti-discrimination rules are likely to be broken if an employee or group of employees is subjected to unfair treatment because of their gender.

If a business discriminates against men or women in the employment process, a gender discrimination claim may be made before you are even employed. An example of discrimination against male candidates would be a restaurant chain that exclusively recruited female servers. It may also happen after a person is employed, for example, when a corporation declines to promote a female worker because she is a woman or when female employees are categorized differently from male employees so that they are not eligible for the same perks or salary.

There are different types of gender discrimination

Different types of gender discrimination exist. A corporation might be sued if it rejects a candidate for employment on the grounds that women (or men) cannot do a certain job. A company may be discriminating against female candidates if it chooses to select less qualified males over more competent women.

Gender discrimination may also occur if workers are treated differently based on their gender whether it comes to punishment, warnings, or promotions. Contact a knowledgeable discrimination lawyer as soon as you can to analyze the facts of your case if you think that your employer or a potential employer has treated you unfairly due to your gender.

Developing a case for gender discrimination

If an employer is cautious to never say anything in writing or do anything overt that suggests a bias towards men or women, winning a gender discrimination lawsuit might be difficult. However, there are other indicators that may be utilized to demonstrate gender discrimination even in the absence of clear evidence.

A pattern of refusing to recruit or exclude individuals of a specific gender from positions for which they are competent is one of the strongest pieces of evidence that may be used to demonstrate gender discrimination.

Gender discrimination could occur, for instance, if a business never selects a woman for a sales job despite several eligible female applicants. Similar to the previous example, prejudice may occur if a business refuses to recruit men for traditionally “female” jobs like receptionist, secretary, or childcare provider.

In addition to trends, an employer’s specific acts might demonstrate that it discriminates against female employees. This can entail giving female employees sales warnings but ignoring warnings for men employees with comparable sales statistics. It could also be apparent if a potential employer inquiries about a job applicant’s marital status or plans for a family.

If you have a strong case for gender discrimination against your company, a knowledgeable discrimination lawyer can analyze your case and provide recommendations. Receiving recompense for lost pay, emotional suffering, legal bills, and even punitive penalties are examples of remedies. Additionally, you could be eligible for a promotion or to be put back on the work.

Contact PLBSH right away at (800) 435-7542 or info@plbsh.com if you think you have experienced gender-based discrimination. Our employment discrimination lawyers have years of experience and will fight to defend your legal rights.