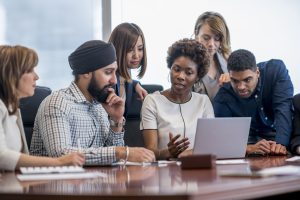 Their religion is one of the most difficult topics to discuss at work for many people. Contrary to ethnicity or gender, religion is not always a trait that is immediately apparent about a person, but for many, it is an integral part of who they are. Some workers can be reluctant to request accommodations from their employers for their religious practices out of concern for religious discrimination.

However, discrimination on the basis of religion is prohibited by both federal and California law. California state law offers significantly stronger safeguards than federal law, as a California employment discrimination attorney may explain, and should give workers confidence in their authority to request accommodations. Contact PLBSH at (800) 435-7542 now to learn more.

Then definition of religion

First, it’s crucial to understand how Californian law defines religion. The Fair Employment and Housing Act (FEHA) defines a religious creed as a person’s honest beliefs, observations, or practices that take precedence over more conventionally organized religions in their lives.

A religious belief also includes taking the appropriate amount of time to travel before and after religious observances, as well as keeping the Sabbath or other holy days. In accordance with the FEHA, California employers are obligated to investigate “available acceptable alternative options” of accommodating religious beliefs or observances, claims a skilled employment discrimination attorney.

California’s Workplace Religious Freedom Act was passed in 2012. This broadened the concept to cover all facets of religion, including attire and grooming customs. Employers are now required by this law to make accommodations for religiously maintained head coverings and beards.

As a result of the combination of these two statutes, California employers are now required to offer exceptions to their employment policies where an employee possesses a religious belief or practice, unless doing so would cause an undue hardship. According to California law, an accommodation must result in a considerable difficulty or expense to the business in order to be considered an “undue hardship,” as an employment discrimination attorney can explain.

There are a lot of instances where employers may need to offer reasonable accommodations. Even if the dress code forbids all head coverings, an employer must permit an employee who wears a head scarf because of her religion to do so. Schedules should be adjusted to accommodate workers who must pray during the working day or who must take particular days off for religious holidays. This will allow workers to offer prayers during breaks or perhaps even take time off to attend services.

Regardless of their religion, all employees in California are required to be treated with respect and dignity under the regulations in place. An employee may have a legal claim against the corporation if they are subjected to religious discrimination at work. A knowledgeable employment discrimination attorney can examine the case’s facts and decide whether California or federal law has been broken.

Our knowledgeable California employment discrimination attorney at PLBSH has more than 40 years of expertise assisting workers who have faced prejudice at work. Call us at (800) 435-7542 or send an email to info@plbsh.com to set up a free initial consultation or to learn more right away.