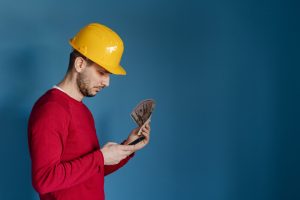 When it comes to cutting expenses, there are a variety of options available to companies. Unfortunately, some unscrupulous businesses have discovered that one method to boost earnings is to pay their staff less. This can happen as a result of the illicit activity of wage theft.

Wage theft happens when an employer fails to pay or underpays employees for the hours they have worked. It might be deliberate or unintended. Keep reading to learn more about this crime. If you suspect you have been the victim of it, contact PLBSH at (800) 435-7542 for a consultation with an attorney.

Wage theft can take the form of one or more of the following:

Employers in California are obligated to pay non-exempt employees 1.5 times their regular pay rate for any hours worked in excess of eight hours per day or forty hours per week. Employers must pay employees twice their customary rate of pay if they work more than twelve hours in one day.

Wage theft is very widespread in restaurants, where many employees have been the victims of employee theft. The tip-distribution mechanism used by many restaurants may be perplexing – and prone to misuse. Some businesses require employees to record breaks without taking them, or just discourage employees from breaking the law by not allowing them to take them.

Wage theft is rampant in the restaurant sector, as evidenced by a recent California case. The California Labor Commissioner recently announced a $4 million settlement with the Bay Area businesses Burma Ruby Burmese Cuisine and Rangoon Ruby Burmese Cuisine. A total of 380 employees from several locations are covered by the agreement.

The eatery neglected to pay overtime, minimum wage, or split shift premiums, according to employees. The establishment was also fined for taking sick leave, according to the Commissioner. An examination uncovered several infractions after workers complained to the Commissioner’s office. Chefs, in instance, were paid a set wage and then compelled to perform around 10 hours of overtime each week without being compensated for their time.

An expert employment lawyer can assist you if you have been a victim of pay theft. The competent legal experts at PLBSH have a proven track record of advocating for the rights of others. Call us now at (800) 435-7542 to learn more.