The bill was recently signed into law by Governor Gavin Newsom 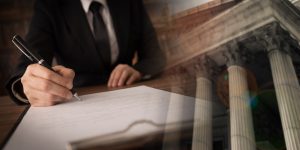 In a personal injury case, a plaintiff — the person who sues after being hurt in an accident — is required to prove their damages. This may include a number of different elements, such as medical expenses, lost wages, pain and suffering, loss of companionship, and lost earning capacity. Whether the case goes to trial or settles before trial, experts will use financial data to determine the plaintiff’s lost earning capacity. For example, if a 29 year old man was employed as a plumber, but is confined to a wheelchair and unable to work after a car accident, the expert will analyze what the man would have earned if he had not been injured. This is then used as a measure of damages by a California personal injury lawyer.

Traditionally, these experts included a factor in their calculations that was often problematic and served to reinforce inequalities that already exist in our society: a person’s membership in a marginalized group. If the plumber mentioned above was a woman or a person of color, for example, he or she would likely get a substantially lower estimate of damages. That is because the charts used by these experts take into account the historical earnings of specific groups. If women in a particular profession have always earned less than men, then their award for lost earning capacity will reflect that reality. Similarly, if African Americans were paid less for the same work as a white person, their award for lost earnings would be lower.

This practice has the effect of taking two people who were essentially in the same position — injured and unable to work — and creating a vastly different result based on their race or gender. A new law, Senate Bill 41 (SB 41), will address those inequalities.

SB 41 was introduced by State Senate Majority Leader Bob Hertzberg, a Democrat from Van Nuys and was sponsored by the Consumer Attorneys of America. It will prohibit the practice of giving marginalized groups lower damages in personal injury and wrongful death cases. Under this law, a person’s damages cannot be reduced based on their race, ethnicity or gender. Governor Gavin Newsom signed the bill into law in September.

This bill is incredibly important to all Californians, as it will make sure that anyone hurt in any type of accident gets a fair amount of damages. For example, if a person is hurt by a dangerous or defective product, a company cannot get away with paying them less simply because they are Latino and are historically paid less than other groups.

Personal injury and wrongful death cases can often be complicated, and require a skilled California personal injury lawyer who understands both the law and how to apply it to the facts of a specific case. Although most personal injury cases are resolved before trial, it is critical to work with a law firm who is prepared to take your case to court — doing so will demonstrate to the insurance company that you are serious about your claim and increase the odds of a favorable outcome.

At PLBSH, we have more than 40 years of experience representing Californians in personal injury and related matters. Contact our firm today at (800) 435-7542 or info@plbsh.com to schedule a consultation with a seasoned California personal injury lawyer.