The CROWN Act applies to both schools and workplaces. 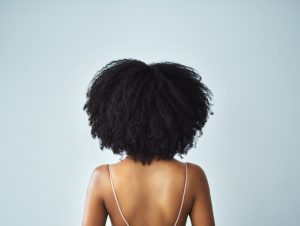 In recent years, stories of discrimination based on hair have become commonplace. These issues usually involve an African American person who is penalized in some way for wearing their hair naturally, such as in braids, afros, twists or locs. In some cases, dress codes for work or school specifically prohibit the wearing of these hairstyles. In other cases, a person in a position of power made a decision to penalize an employee or student for wearing their hair in a certain way.

In California, this type of discriminatory treatment is now prohibited. The Create a Respectful and Open Workplace for Natural Hair (CROWN) Act — also known as SB 188 — bans discrimination on the basis of natural hairstyles in workplaces and public schools. According to the text of the bill, “In a society in which hair has historically been one of many determining factors of a person’s race, and whether they were a second class citizen, hair today remains a proxy for race. Therefore, hair discrimination targeting hairstyles associated with race is racial discrimination.”

According to a California employment discrimination attorney, this new law represents an important step in protection for employees and students of color. Too often, these individuals are targeted based on their hairstyle by employers and school officials who enforce standards for hair that are based on an entirely different hair type (hair that is more typical for white people).

Generally, employees in California are at-will, which means that they can be fired for almost any reason — provided that the basis for the action is not the person’s membership in a protected class. Under Title VII of the Federal Civil Rights Act of 1964, discrimination on the basis of age, race, sex, national origin, disability, religion and color are prohibited. If an employer terminates an employee or takes an adverse employment action against them (such as a demotion, an unfavorable reassignment, or failure to promote) because of their membership in one of these classes, then a California employment discrimination attorney may file a discrimination claim against the employer.

California has extended protections for employees beyond what is provided in federal law. The state bans discrimination based on citizenship status, genetic information, ancestry, marital status, sexual orientation, gender identity and gender expression, HIV status, medical condition, political activities or affiliations, military or veteran status, or status as a victim of domestic violence. The CROWN Act will add “natural hair” to the list.

If you have experienced discrimination at work based on your natural hairstyle or if your child has faced discrimination at their public school, you may be able to file a claim against your employer or the school. The law firm of PLBSH can help. Contact us today at (800) 435-7542 or info@plbsh.com to schedule a consultation with a member of our team.