OSHA Was Created to Keep Workers Safer – But Does It Work?

OSHA Was Created to Keep Workers Safer – But Does It Work?

Home » Blog » OSHA Was Created to Keep Workers Safer – But Does It Work? 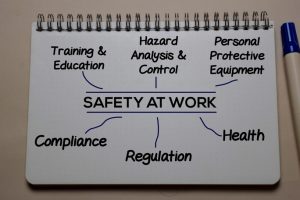 Serious job injuries and fatalities were all too prevalent in the not-too-distant past. Employers frequently cut shortcuts or failed to safeguard their employees, resulting in serious injuries or even death as a result of hazardous working conditions. This was especially true in the building, manufacturing, and industrial industries.

The Occupational Safety and Health Act of 1970, or OSHA, attempted to address this issue by establishing fundamental rules that businesses must follow in order to safeguard employees and avoid as many injuries and fatalities as possible.

Most workers are covered by OSHA guidelines

OSHA safeguards the majority of employees in the United States by mandating businesses to follow particular safety rules for handling hazardous chemicals, working above ground, digging trenches, and other tasks. Each industry has its own set of rules that require the use of safety equipment, the posting of signs, and other precautions.

Furthermore, the law mandates that employers keep their workplaces safe and free of known hazards. This is referred to as the “general duty clause,” and it serves as a catch-all provision. Even if an employer does not break a specific rule set forth in the Act, it may be found in violation of OSHA for failing to maintain the workplace safe.

What happens when a company violates OSHA requirements?

If a firm is determined to be in violation of OSHA, an employee and/or his survivors may be able to sue the company outside of the workers’ compensation system. Except in situations where an employer has participated in significant and deliberate wrongdoing, workers’ compensation is usually the only recourse for workplace injuries and illnesses.

This threshold necessitates a very high level of culpability on the part of the employer, in addition to gross carelessness. Failure to follow OSHA safety regulations might get you to that level. In certain cases, an employee may be entitled to seek compensation in addition to workers’ compensation benefits.

For instance, requiring a worker to operate on scaffolding without a harness or other safety equipment might be considered an OSHA violation. If a worker falls and is badly wounded or dies as a consequence, the person’s family or survivors may be able to sue the firm. Because harnesses and other fall protection may have been required by law for an employee working at that height or doing that activity, a court may decide that the employer’s omission to provide safety equipment was significant and intentional misconduct.

Our attorneys at PLBSH have extensive expertise resolving workers’ compensation cases, even those that may fall outside of the system due to deliberate and significant wrongdoing. We will thoroughly research your case to see if there are sufficient reasons to file a lawsuit rather than a workers’ compensation claim, and we will represent you at every step along the way. To book a consultation, please call (800) 435-7542.