The employee was harassed, discriminated against, and ultimately fired after he converted to Islam. 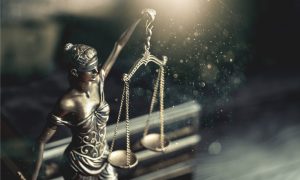 Loma Linda University Medical Center (“LLUMC”) is one of the largest, if not largest, employers in all of San Bernardino. LLUMC employees thousands of employees and has a reputation of refusing to settle any lawsuits, preferring to take such cases to a jury knowing that the community of San Bernardino and all of the individuals it employs will protect it. If you sue Loma Linda University Medical Center, no less for millions of dollars, you need attorneys who are willing to go all the way. Enter Perona, Langer, Beck, Serbin & Harrison.

In 2016, Perona, Langer, Beck, Serbin and Harrison (“PLBSH”), led by its award winning employment team, including partners Todd H. Harrison and Brennan S. Kahn, decided to take on this behemoth of an employer on behalf of a Muslim employee, Hugo Lizarraga. Two and a half years later, a San Bernardino jury awarded Mr. Lizarraga $3.25 million, as one of the largest, if not largest, verdicts Loma Linda University Medical Center ever faced. However, this award didn’t come only from the hard work of Mr. Harrison and Mr. Kahn, nor PLBSH’s commitment to obtaining justice for employees, but most importantly because of Mr. Lizarraga’s story.

Mr. Lizarraga was a Hispanic male who had worked for Loma Linda University Medical Center for nearly 21 years, performing manual labor at LLUMC’s warehouse for the last 9 years of his employment. He was a good employee with no discipline and good reviews. In 2011, after working for LLUMC for 15 years, Mr. Lizarraga (who was previously Catholic) converted to Islam and, around the same time, also suffered a workplace injury (a herniated disc). Mr. Lizarraga’s wife, biological son and adopted daughter all remained Catholic.

From 2011-2014, as the only Muslim in LLUMC’s warehouse, Mr. Lizarraga was harassed and discriminated against by his direct supervisor and warehouse manager. Based on his disabilities, they would both often overload him with work, criticize him for reporting pain or seeing a doctor and call Mr. Lizarraga a “p***y.” Based on his Muslim religion, Mr. Lizarraga’s supervisor also called him names like rag head, goat F****, camel jockey, Sand N*****, terrorist, etc. While Gonzalez would call him such names too, from 2011 – late 2014, the warehouse manager mostly ignored complaints made to him by Mr. Lizarraga (and others) and laughed when he himself witnessed Mr. Lizarraga’s supervisor’s bigoted comments.

In April 2015, when Mr. Lizarraga returned to the warehouse, the warehouse manager became his direct supervisor and took the opportunity to call him derogatory names, criticize him without justification, criticize him for seeking medical treatment, deny him medical treatment and threaten him with termination. He also overloaded Mr. Lizarraga with physical work meant for more than one person, causing him to injure his back for a third time. From April 2015 – November 2015, Mr. Lizarraga complained to HR in three separate and documented instances about warehouse manager harassment, discrimination and retaliation. LLUMC never investigated any of these three complaints.

In December 2015, the San Bernardino shooting took place. Two months later, in February 2016, an anonymous telephone caller claimed to LLUMC that Mr. Lizarraga was talking about harming or killing people on a daily basis, speaking Arabic at work and stating various things in support of the shooting. The same day, Mr. Lizarraga was placed on a leave and escorted away by the Sheriff’s department, who then closed its investigation the same day based on lack of evidence. LLUMC would conduct a lip service investigation, including only six (out of an available 20 or so) co-workers, Hugo’s own interview and a final written complaint by Hugo.

After this short investigation, LLUMC terminated Mr. Lizarraga in mid-March 2016. LLUMC claimed two co-workers (out of 6 interviewed) – Chavez and Jones – confirmed the allegations, justifying Mr. Lizarraga’s termination. In truth, out of the nearly a dozen co-workers who worked with Mr. Lizarraga’s who were deposed and testified at trial, the only person who alleged Mr. Lizarraga had made any inappropriate statements was Chavez. Jones ultimately confirmed he had not heard any comments by Mr. Lizarraga. The other four individuals interviewed by LLUMC also denied hearing anything.  At the trial in the case, every witness confirmed Mr. Lizarraga had never threatened or harmed anyone prior to the anonymous complaint as well.

Ironically, LLUMC itself admitted at trial that it believed it was Chavez who submitted the anonymous complaint, despite also admitting that it never questioned Chavez’s motives for doing so, even while it was deciding to wrongfully terminate Mr. Lizarraga.  Through discovery, the evidence demonstrated that Mr. Lizarraga and Chavez used to often go to Church and ride share with each other, but eventually stopped being friends after Mr. Lizarraga converted. Chavez often questioned why Mr. Lizarraga converted, called him names like terrorist and “Sand N****r,” put up an offensive poster mocking Muslims and criticized Mr. Lizarraga for converting to co-workers.  Mr. Lizarraga and Chavez even had a final huge blow up between them just before the shooting in December 2015.

After 2 ½ years of litigation and, then, a 2 month jury trial before Judge Michael Sachs of the San Bernardino Superior Court, the jury awarded Mr. Lizaragga $3.25 million in damages. In a loud voice, the jury proclaimed that Mr. Lizarraga had been harassed and treated inhumanely just as he alleged. The jury ignored LLUMC’s dishonest pleas that it had to fire Mr. Lizarraga because it couldn’t risk that he was a terrorist.

In the end, LLUMC ignored Mr. Lizarraga’s two-decades worth of impeccable service, firing him because he fit the stereotype of an Islamic terrorist, when he was actually nothing of the kind. Mr. Lizarraga’s $3.25 verdict was a testament to the San Bernardino community which recognized that all people have the right to decency and respect, no matter their religion or the size of their employer.

Under both federal and California state law, employees have the right to be free from discrimination, harassment and retaliation. Too often, employers violate these rights — and the law. In these situations, an experienced California employment discrimination attorney can stand up for their rights.

At PLBSH, our team of skilled legal professionals is dedicated to helping clients — like Mr. Lizarraga — achieve justice. With more than 40 years of experience, we understand how the system works, and we put that knowledge to use on behalf of our clients. To learn more or to schedule a consultation on your employment case, contact our office today at (800) 435-7542 or info@plbsh.com.