Recall of Baby Powder Shows Danger of Asbestos in Our Products

Recall of Baby Powder Shows Danger of Asbestos in Our Products 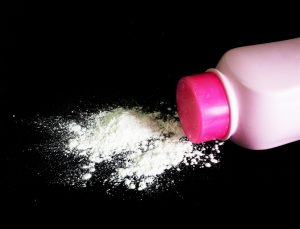 This October, manufacturing giant Johnson & Johnson recalled 33,000 bottles of baby powder after the United States Food and Drug Administration (FDA) found trace levels of chrysotile asbestos in samples from a bottle that was purchased online. The voluntary recall was issued for lot #22318RB. The FDA urged consumers to stop use of this lot of baby powder immediately.

Although this is the first recall issued by Johnson & Johnson for its baby powder due to concerns over asbestos, the question of whether its products are trained with this carcinogen have been a matter of public debate for several years. As a California personal injury attorney can explain, Johnson & Johnson has been hit with thousands of lawsuits alleging that its products that contain talcum powder have caused either ovarian cancer or mesothelioma (a type of lung cancer). Throughout this time, the company has claimed that its products are safe and free from asbestos.

Asbestos is a naturally occurring fibrous mineral that is made up of thin, needle-like fibers. There are six types of asbestos minerals: crocidolite, amosite, anthophyllite, tremolite, actinolite, and chrysotile. Asbestos was long valued for its ability to strengthen and fireproof materials. Its fibers are soft and flexible, yet resistant to heat, electricity and corrosion. However, when a person inhales or otherwise ingests asbestos dust, these fibers can be trapped in their bodies. This often occurs in the lungs, where trapped asbestos fibers can cause inflammation, scarring and genetic damage, leading to lung cancer. Depending on where and how asbestos enters the body, it may cause other types of cancer, such as ovarian cancer.

In recent years, more than 15,000 lawsuits have been filed against Johnson & Johnson alleging that their products with talcum powder — such as baby powder — contain asbestos. Consumers who used the baby powder later developed various forms of cancer. For example, women who used baby powder for feminine hygiene have developed ovarian cancer. Parents who dusted their children’s or their own bodies with baby powder and inhaled the dust have developed forms of lung cancer. According to a California personal injury attorney, juries across the county have returned massive verdicts against Johnson & Johnson and other companies. In June 2019, a New York state jury ordered the company to pay $325 million to a woman and her husband after they claimed its baby powder caused her to develop mesothelioma. In 2018, a jury in St. Louis, Missouri awarded $4.69 billion to 22 women and their families who alleged that asbestos in Johnson & Johnson’s talc products caused their ovarian cancer.

Lawsuits against Johnson & Johnson have revealed that the company was aware of asbestos contamination in some of its talc sources since at least the late 1950’s. In repeat testing in the 1970’s and through the early 2000s, trace levels of asbestos fibers were found. As a California personal injury attorney can explain, the documents discovered during these types of lawsuits can be incredibly valuable in proving that a company had knowledge of the dangers of a product.

If you have developed cancer from using a talcum product, whether manufactured by Johnson & Johnson or another company, we can help. Contact PLBSH today at (800) 435-7542 or info@plbsh.com to schedule a consultation with a member of our legal team.