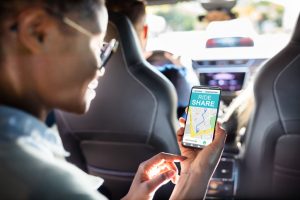 In 2019, California enacted Assembly Bill 5 (AB5), which codified a test set forth by the California Supreme Court. This test is used to determine whether a worker is an employee or independent contractor. Under AB5, many more workers who have been classified as independent contractors will be considered employees. This distinction is important, as it affects workers’ rights in a variety of areas, from wage and hour laws to workers’ compensation.

The gig economy will be heavily affected by this law. Tech companies like Uber, Lyft, and Door Dash have posted billions of dollars in profits by relying on independent contractors to provide their services. These workers receive relatively low wages — and they don’t get benefits or have the legal protections afforded to employees. As a California employment lawyer can explain, AB5 would change this reality by classifying most gig workers as employees.

Immediately after this law was enacted, it was met with heavy opposition from companies that rely on gig workers to bolster their bottom line. Uber, Lyft and other corporations filed a lawsuit against the state. They also spent tens of millions of dollars to get Proposition 22 on the ballot in November. Prop 22 would exempt drivers from app-based ride-hailing and food delivery services from AB5.

In August, a California judge issued a ruling on a lawsuit that sought to prevent the state from enforcing the law until voters weigh in via Prop 22. The court held that Uber and Lyft must make their California drivers full employees. In response, these companies stated that they would be forced to suspend their service in California. They even went as far as to text users to warn them that services in the state may be limited because of AB5 and this ruling.

The future of these companies in California remains to be seen, with much resting on how Californians vote on Prop 22. Uber and Lyft claim that they would have to retool their operations and may only have limited service in the future if their workers must be treated as employees.

This issue is incredibly important to all Californians. While being able to use a rideshare app is convenient, it also comes at a cost to the person performing the service. When workers are misclassified as independent contractors, they are often shut off from many of the rights that they would otherwise be entitled to under the law. For example, if a Lyft driver gets into a car accident while working and cannot work for an extended period of time due to injuries, they couldn’t file for workers’ compensation. If a driver working for a company got into an accident while on the job, they could get these benefits. Allowing companies to misclassify employees as independent contractors creates a system where people who are working hard and making money for a company are treated unfairly.

If you are working for a company as an independent contractor, you may be entitled to have your position reclassified — and you may even be entitled to compensation for the wages that you were not paid and the benefits that you did not receive while you were misclassified. At PBLSH, we are here for employees who have experienced workplace injustice. Contact us at (800) 435-7542 or info@plbsh.com to schedule a consultation with a California employment lawyer.