Right-to-Work States: What Are They and is California One of Them? An Employment Law Attorney Explains

Right-to-Work States: What Are They and is California One of Them? An Employment Law Attorney Explains

Home » Blog » Right-to-Work States: What Are They and is California One of Them? An Employment Law Attorney Explains 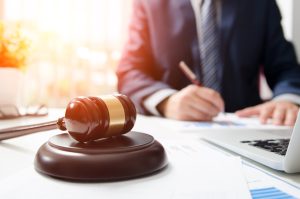 Read on to learn more and then contact PLBSH at (800) 435-7542 if you have questions about wrongful termination or other employment law issues.

What does a right to work statute entail?

A right to work law forbids companies from compelling workers to become union members in order to keep their jobs. This means that an employee’s decision to forgo union membership or refuse to pay dues cannot be used as grounds for discrimination by an employer.

Is California a right-to-work state?

No, there isn’t a right to work law in California. There have been numerous unsuccessful attempts to make California a right-to-work state. You may be required to pay dues to a labor union or join one by private employers and corporations. However, a ruling by the US Supreme Court prevents governmental employers from doing so.

In 2012, a right to work measure appeared on the ballot. The “Paycheck Protection” initiative, commonly known as Proposition 32, forbade unions from funding political campaigns with money withheld from members’ paychecks. By a vote of 56.6 to 43.4 percent, it was rejected and did not enter California employment law.

The same idea was also included in a ballot initiative that was approved in 2005. By a vote of 53.5 percent to 46.5 percent, Proposition 75 was defeated. The same topic was put up for a vote in Proposition 226 in 1998, but that measure was likewise defeated by a margin of 53.2 percent to 46.8 percent.

Which states have right to work laws in place?

There are right-to-work laws in slightly more than half of the states in the United States. A few of these are Arizona, Florida, Idaho, Nevada, Texas, Utah, Wyoming, and the District of Columbia. These states forbid employers from compelling applicants to pay union dues or join one in order to work for them.