Uber, Lyft and DoorDash seek to exempt themselves from a new law 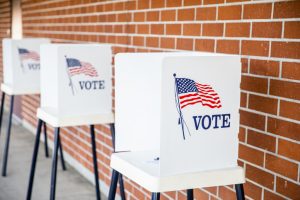 In our gig-based economy, more people than ever before work for companies using apps. They may pick up passengers through a ride-sharing app, deliver meals, or even shop for and deliver groceries. Until recently, people who do this type of work were classified as independent contractors. That meant that while they were paid for their work, they did not have protection under certain wage and hour laws and were not entitled to benefits.

In 2018, the California Supreme Court issued a far-reaching ruling that significantly reduced the number of situations where a person can be deemed an independent contractor by an employer. According to a California employment lawyer, the California Legislature then passed Assembly Bill 5 (AB 5) to codify this ruling. After AB 5 was signed into law by Governor Newsom, it will take effect in January 2020.

AB 5 makes certain exemptions for different types of employers, including physicians, veterinarians, lawyers, architects, engineers, investment advisers, and commercial fishermen. However, it does not make an exception for companies such as Uber, Lyft and DoorDash. According to Assemblywoman Lorena Gonzalez, the author of AB 5, that is by design. She stated these companies “…never moved from their position of giving workers half of what they deserve. It’s massive income inequality.”

According to a California employment lawyer, an employer can only classify a worker as an independent contractor if they can prove the following (the “ABC test”):

As a result of this new law, these three companies are fighting back. In August 2019, Uber, Lyft and DoorDash announced that they would submit a proposal for the November 2020 statewide ballot. Uber and Lyft plan to spend $60 million to fund the statewide initiative, while DoorDash intends to contribute $30 million.

In October, the companies submitted a proposal to the state. If they were exempted from AB 5, they would offer incentives to workers, such as increased pay and 30 cents per mile for expenses, adjusted annually for inflation. However, the proposal appears to offer workers fewer rights and wages than they would receive if they were classified as employees — instead of independent contractors — under AB 5. The companies will need to collect more than 623,000 valid voter signatures by spring 2020 in order for the measure to be on the ballot by November 2020.

The difference between being an independent contractor and an employee can be significant when it comes to your wages, benefits, and other conditions of employment. That is why AB 5 is a significant piece of legislation for all Californians.

PLBSH represents employees across California who have experienced unfair treatment at work — whether it is failure to pay just wages and benefits, discrimination, or any other type of injustice. Contact our firm today at (800) 435-7542 or info@plbsh.com to schedule a consultation with a California employment lawyer.