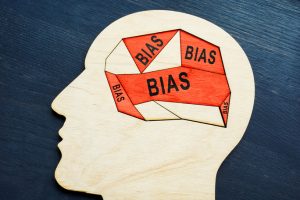 According to a recent study, workplace prejudice or discrimination can have a significant negative impact on employees’ well-being, leading to greater dissatisfaction, stress, sadness, and powerlessness. Sixty percent of research participants said they had no effective way of dealing with these prejudice occurrences, which they felt happened on a frequent basis. Two-thirds of those polled said this kind of treatment had a “significant influence” on their engagement and dedication to the company.

Read on to learn more about the study. If you have questions about employment law and how to handle any bias you might be facing, contact PLBSH at (800) 435-7542 for a consultation with an employment law attorney.

More about the study

A total of 500 persons were interviewed for the study, and they were asked about their experiences with workplace prejudice. There were seven categories of prejudice or bias identified:

While most of these actions are considered “subtle” forms of discrimination, as an experienced discrimination lawyer may explain, they can establish a pattern that demonstrates a hostile work environment. Nearly half of the respondents said they were subjected to this sort of treatment on a regular basis at work, with 66% saying it had a negative influence on their morale and drive to work.

When occurrences like the ones mentioned above occur, it may appear that they are inadequate to support an employment case. That may be accurate when considered in isolation. However, if the conduct becomes severe or widespread, and the treatment is based on an employee’s protected attribute, such as race, gender, religion, or age, this sort of treatment may be deemed a hostile work environment.

Bias incidents, such as being excluded from meetings, receiving offensive remarks or jokes, being forced to conceal your identity, or receiving uneven treatment, can all reveal a pattern of discriminatory treatment. These claims can be complicated, necessitating the expertise and understanding of a discrimination lawyer.

Our attorneys at PLBSH understand how painful it is to be subjected to such harassment at work. We are committed to assisting our clients in obtaining justice, and we will work with you to achieve the best possible result in your case. To book a free initial consultation and learn more about how our team of experienced discrimination attorneys can help you, call (800) 435-7542.