Workplace discrimination on the basis of gender identity or sexual orientation is forbidden. 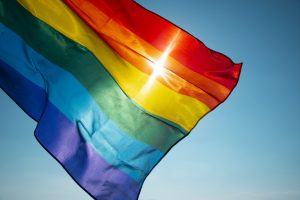 In California and 20 other states, LGBTQ individuals cannot be discriminated against at work on the basis of their sexual orientation, gender identity or gender expression. However, until just a few weeks ago, that wasn’t the case across the rest of the United States. A recent United States Supreme Court ruling has changed that reality, making workplace discrimination based on LGBTQ status illegal.

The case, Bostock v. Clayton County, was based on 3 underlying decisions involving 2 gay men and a trans gender woman. All 3 allege that they were fired for being gay or for being transgender. In 2 out of the 3 cases, a federal appeals court ruled that discrimination based on sexual orientation or gender identity was impermissible under Title VII of the Civil Rights Act of 1964. This law forbids employers from discriminating against employees on the basis of sex, race, national origin, religion, and membership in other protected classes. In the third case, the court ruled that discrimination against LGBTQ employees is not forbidden under Title VII.

As a California employment discrimination lawyer can explain, a 6-3 majority determined that discrimination by an employer against a LBGTQ employee on the basis of their sexual orientation or gender identity is illegal. Writing for the majority, Justice Gorsuch stated that when an employer fires an employee for being gay or transgender, that employer “fires that person for traits or actions it would not have questioned in members of a different sex. Sex plays a necessary and undisguisable role in the decision, exactly what Title VII forbids.”

Justice Gorsuch then provided an example to illustrate this point. An employer has two employees who are both attracted to men, and who are identical in terms of job performance, education and experience — except that one happens to be a man and the other happens to be a woman. If the employer fires the male employee for being attacked to men, but keeps the female employee, that employer has discriminated against the male employee on the basis of his sex. In other words, discrimination against LGBTQ individuals cannot happen unless an employer discriminates against that employee on the basis of their sex.

This ruling will not have a major impact in California, where the Fair Employment and Housing Act (FEHA) already forbids workplace discrimination on the basis of sexual orientation, gender identity and gender expression. However, it does open up another avenue of seeking justice for California employees. Now, if a LGBTQ employee is discriminated against at work, they may file a complaint with the California Department of Fair Housing and Employment (DFEH) or with the federal Equal Employment Opportunity Commission (EEOC). A skilled California employment discrimination lawyer can advise you as to the best course of action for filing this type of claim.

While the Bostock case may not have broken new ground in California employment law, it still represents a majority victory for equality and fairness. It may also help to transform our culture so that LGBTQ people no longer have to fear workplace discrimination simply for being who they are and loving who they love.

If you have faced workplace discrimination, PLBSH can help. We represent individuals throughout California on discrimination, wrongful termination, harassment, retaliation, and other claims. Contact us today at (800) 435-7542 or info@plbsh.com to schedule a consultation with a California employment discrimination lawyer.