A recent ruling clarifies the time limit for filing a constructive discharge claim. 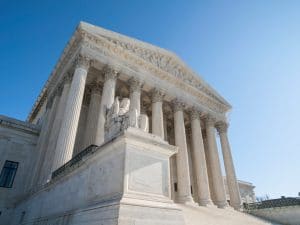 In Green v. Brennan , Marvin Green tried to bring a wrongful termination lawsuit against the United States Postal Service (USPS).  He claimed that he was constructively discharged when he did not get a promotion, and was told that he could either resign or be demoted and relocated to another state.  Mr. Green believes that this action was taken because of his race.  He contends that he was forced to quit (constructively discharged) when this happened.

When Does the Clock Start Running?

Employment law cases have special requirements depending on where they are brought.  In Mr. Green’s case, he was required to bring his complaint to the Equal Employment Opportunity Commission (EEOC) within 45 days of either “the matter alleged to be discriminatory,” or “ in the case of personnel action, the effective date of the action.”

USPS claimed that Mr. Green missed the deadline because he did not file a complaint with the EEOC within 45 days of the alleged discriminatory action (when he was told that he could resign or be demoted). Both the federal trial court and the federal appeals court agreed with USPS and found that Mr. Green’s claim was barred because he did not file it in time.  Their reasoning was that the 45 day time limit started when Mr. Green the alleged discriminatory action happened.  Other federal appeals courts have held that the clock starts in these cases when employees give notice of resignation.

The Supreme Court Weighs In

Mr. Green appealed his case to the United States Supreme Court.  Justice Sotomayor wrote the opinion for the 7-1 majority, finding in favor of Mr. Green.  The Court stated that claims of wrongful termination and constructive discharge have two elements in common: discrimination and discharge. For both types of claims, the time period “…should not begin to run until after the discharge itself.”  This ruling makes logical sense; after all, it would be difficult for an employee to file an EEOC claim before resigning from the job.  Additionally, many employees do not have the option of leaving their jobs immediately after a discriminatory action.  They may need the income or insurance, for example, or be unwilling to leave their fellow employees in the lurch if they quit suddenly.

Under this ruling, for claims of constructive discharge, the clock begins to run when a notice of resignation is submitted.  This is the equivalent of a wrongful termination claim, where the time starts when an employee is given notice of termination, which may not be the last day of work.

As a practical matter, this provides clarity to employees who believe that they were constructively discharged.  They no longer have to guess at how long they have to file a complaint.  Instead, the rule is clearly defined: employees who believe that they were forced to quit have 45 days to file a complaint with the EEOC, starting on the day that they give notice of resignation to their employers.

If you believe that your employer’s discriminatory action forced you to resign from your job, a knowledgeable employment law attorney can help ensure that your case is filed on time and that your legal rights are protected.  Contact PLBSH now at (800) 435-7542 or info@plbsh.com today to schedule a consultation on your constructive discharge case.