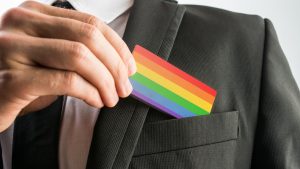 While sexual orientation and gender identity are not explicitly protected by federal civil rights law, in recent years, courts across the country have found that Title VII of the Civil Rights Act of 1964 protects these traits. Because not all courts are in agreement with this determination, the United States Supreme Court is set to hear a trio of cases concerning lesbian, gay, bisexual, transgender and queer (LGBTQ) rights this fall.

These three cases involve individuals who were fired from their jobs because they were either gay or transgender. Under Title VII, employers cannot discriminate against employees or job candidates based on race, color, religion, sex, or national origin. The Equal Employment Opportunity Commission (EEOC) has provided policy guidance stating that it interprets and enforces Title VII’s prohibition of sex discrimination as forbidding any employment discrimination based on gender identity or sexual orientation.  The Obama administration supported this interpretation, which was adopted by several federal courts.

While the fate of LGBTQ protections at the federal level remains up in the air, in California, it is against the law to discriminate against LGBTQ people.  According to a seasoned employment discrimination attorney, California’s Fair Employment and Housing Act specifically provides LGBTQ employees with protection from discrimination and harassment in the workplace on the basis of their gender, sexual orientation, gender identity, and gender expression.

LGBTQ discrimination can take many forms, such as failing to promote or hire an employee on the basis of their sexual orientation or gender identity.  Paying a LGBTQ employee less than others performing the same work can also be a form of discrimination.  Harassment is also illegal under California law — this may include offensive comments or jokes, abusive behavior or threats.  Importantly, discrimination and harassment based on LGBTQ status is illegal in California regardless of whether an employee or candidate is actually LGBTQ.  As an employment discrimination attorney can explain, if someone assumes that a person is LGBTQ and harasses them or discriminates against them on that basis, that is against the law — even if their assumption is false.

If you have suffered any type of workplace discrimination, including discrimination related to your sexual orientation, gender identity or expression, or gender, the law firm of PLBSH can help.  Our team of experienced employment discrimination attorneys is highly skilled at helping workers achieve justice.  Contact us today at (800) 435-7542 or info@plbsh.com to schedule a consultation or to learn more about our work.