While the team may be struggling to achieve equal pay, California has laws in place to achieve wage equality 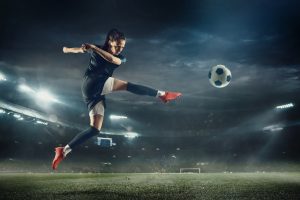 If you’re a sports fan, you may have watched as the U.S. Women’s National Team won the World Cup this summer in France.  Behind the scenes, there was turmoil — as the team had sued U.S. Soccer several months before the tournament began, alleging gender discrimination, including unequal pay.  After the World Cup win, the two sides agreed to mediate the dispute.

Since that time, each side has taken shots at each other in the media, with the women’s team arguing that they are paid substantially less than the men’s team — despite being far more successful.  U.S. Soccer has argued that the women’s team was paid more overall, and that the pay and benefits for the two teams cannot be compared.

This legal saga has opened up discussions of equal pay across the nation. The wage gap persists, despite progress on many other fronts.  In 2019, women will make just .79 cents for every dollar that men make.  For women who work full-time, the numbers are even more stark: women who are full-time wage and salary workers make just 81% of men’s earnings.  The largest pay gap is for Black female executives, who earn .63 cents for every dollar that a white male executive makes.

According to a California employment attorney, California’s Fair Pay Act expanded existing law that required employers to pay employees of the opposite sex the same when they perform the same job requiring the same skill, effort and responsibility in the same establishment and under similar working conditions. Under the Equal Pay Act, equal pay is required for employees who perform “substantially similar work,” regardless of whether they work in the same establishment. In addition, the law made it more difficult for employers to justify unequal pay using a defense that there were reasons other than sex for the disparity.  The Equal Pay Act also makes it illegal to retaliate against employees who seek to enforce the law and to prohibit employees from discussing or asking about their co-workers’ wages.

If an employer violates this law, an employee can file a claim against them. There are a number of defenses to Equal Pay Act violations. However, a skilled California employment attorney can argue that these factors — such as seniority, merit, education, or training— do not justify the difference in wages between two employees who perform substantially similar work.

At PLBSH, we aren’t just sports fans — we are dedicated to fairness and equality in the workplace.  That is why we work with employees throughout California, helping them enforce their legal rights and achieve justice.  Whether you have experienced pay inequality, discrimination, retaliation, or harassment, we are here for you.  With more than 40 years of combined experience, we have the skill and knowledge to get a favorable outcome.  Contact us today at (800) 435-7542 or info@plbsh.com to schedule a consultation with a California employment attorney.