The strategy seeks to undermine the California law regarding worker classification. 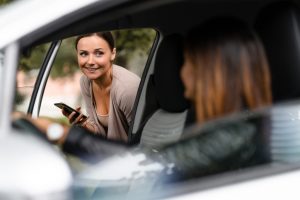 In 2019, California passed a law that was designed to protect workers from unscrupulous employers. The law, AB5, codified a California Supreme Court decision that established a three-part test for determining if a worker is an employee or an independent contractor. The distinction is incredibly important, as employees has a right to benefits and protections that independent contractors do not. Companies can save substantial amounts of money by classifying workers as independent contractors — and those workers bear the brunt of these cost-saving measures.

In part, this law targeted tech companies that rely on independent contractors as part of their business model. By doing so, these employers don’t have to pay for workers’ compensation or unemployment insurance for these workers, provide benefits, pay a payroll tax, or comply with federal and state employment laws, such as wage and hour rules that mandate a minimum level of pay and overtime after a certain number of hours worked per week. Instead, corporations like Uber and DoorDash only have to pay compensation — which is often far below minimum wage — to the people who provide all of the services that they offer.

Uber and other companies are not happy about the new law, and have started a campaign to overturn it through a ballot initiative that voters will see in November 2020. In addition, Uber enacted a series of changes that it hoped would exempt it from AB5. This includes providing more information about a trip before a driver accepts a ride, allowing drivers to reject ride requests without penalty and refusing to accept rides to or from certain neighborhoods. Most recently, Uber introduced a new feature for some California drivers that will let drivers set their own prices — up to 5 times what Uber sets as a base price.

All of these changes are done with the express purpose of undermining AB 5. Under the ABC Test, a worker is considered an independent contractor — rather than an employee — if the following three factors are true:

In Uber’s calculations, the more control that drivers are given over their work, the less likely that they are to be considered employees.

Highly-profitable corporations like Uber have made billions off of the backs of people who are simply trying to get by financially. In 2018 alone, Uber had a net income of $997 million. Many of its drivers struggle to provide for themselves and their families with the low rates of pay offered by the giant company.

The misclassification of employees as independent contractors can prevent individuals from accessing benefits and protections that they are entitled to, like being paid minimum wage. At PLBSH, we are committed to advocating for the rights of workers. We represent clients on matters ranging from workers’ compensation to wage and hour claims to workplace discrimination and harassment. If you have been treated unfairly or illegally at your job, contact us today at (800) 435-7542 or info@plbsh.com to schedule a consultation with a California employment attorney.