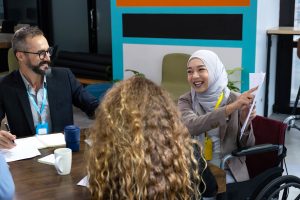 Discrimination in the workplace is a hard subject. Employers are forbidden from discriminating on the basis of race, color, religion, sex, or national origin under the federal Civil Rights Act of 1964. According to this law, it is illegal for an employer to refuse to recruit, terminate, or otherwise discriminate against an employee based on these factors.

Proving these types of cases can be difficult, such as proving that an action was discriminatory or determining an employer’s motivation. However, in other circumstances of religious discrimination, employees may have an easier time showing motive.

An example of a racial discrimination case

The Supreme Court of the United States issued a ruling in 2015 addressing Abercrombie & Fitch’s refusal to hire a Muslim woman who wore a customary head covering during her interview. Her headscarf violated the company’s “look policy,” which barred employees from wearing “caps” at work, thus she was not hired. She was otherwise qualified, but was turned down primarily because of the policy prohibiting employees from wearing “caps.”

On behalf of the Muslim woman, the Equal Employment Opportunity Commission (EEOC) filed a lawsuit arguing that the look policy was discriminatory because it resulted in qualified individuals’ applications being denied based on their religious beliefs or practices. The trial court first ruled the practice discriminatory, but the appeals court overturned that verdict, declaring the policy “neutral” and not discriminatory (in other words, it applied to all candidates and employees equally). In a decision that favored employees who claim they have been discriminated against because of their faith, the United States Supreme Court disagreed.

What does this case mean for you?

In the end, it may be easier to prove religious discrimination because the accommodation does not have to be requested. Even if the employee or potential employee did not make a particular request for accommodation, if an employer acts with the goal of avoiding having to accommodate a religious practice, that may be enough. If a person interviews for a job and the company suspects that the person is Jewish, the application cannot be rejected because the employer does not want to give the candidate Saturdays off for religious reasons. Even if the applicant never explicitly stated that he is Jewish or that he would require Saturdays off for the Sabbath, this would be religious discrimination.