What Are Common Illegal Reasons to Be Fired?

What Are Common Illegal Reasons to Be Fired?

Home » Blog » What Are Common Illegal Reasons to Be Fired?

Wrongful termination can happen in a number of ways. 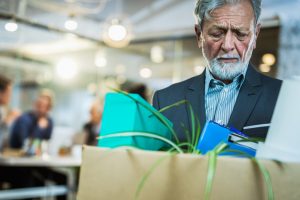 Under California law, most employees are considered at-will. In general terms, this means that employees can leave their jobs whenever they want, and employers can fire these same employees for any reason…unless reason happens to be illegal under state or federal law.

Under both state and federal law, employers are prohibited for firing someone on the basis of their membership in a protected class. California law offers greater protection than federal law when it comes to workplace discrimination. Under the Fair Employment and Housing Act, a worker cannot be discriminated against on the basis of:

In other words, an employer cannot fire a worker because of any of these characteristics. If you are fired for a discriminatory reason, a California employment lawyer can help you determine if you can file a claim against your employer.

Employers in California must follow any number of laws, such as regulations on workplace safety and the payment of wages for non-salaried employees. If an employee believes that their employer has violated one of these laws, they have the right to report that violation. If their employer then fires them for making a report (to a supervisor, human resources, or even a government agency), then it may be considered wrongful termination.

Similarly, employers cannot retaliate against employees who complain or file a report about discrimination or harassment. For example, if you tell your boss that a coworker is sexually harassing you, and you are fired as a result, then you may have grounds for a lawsuit.

Taking Time Off of Work That Is Protected By Law

Under both California and federal law, there are multiple situations in which employees are legally entitled to take time off of work. If an employer terminates an employee for taking time off in accordance with the law, then that firing may be illegal.

If you are legally entitled to leave, such as paid sick leave, then it is generally against the law for your employer to fire you for exercising your right to take leave. If this has happened to you, then you should consult with a California employment lawyer.

Beyond what is spelled out in California law, if an employer fires a worker for a reason that violates public policy, then it may be an illegal termination. A firing may be deemed to have violated public policy if that policy is supported by constitutional or statutory provisions, the policy benefits the public at large, the policy was well-established when the employee was terminated, and the policy is fundamental and substantial.

For example, if your employer asks you to do something illegal, like dump dangerous chemicals into a body of water, you can refuse to do so. If you are then fired for refusing to break the law, then you may be able to file a claim for wrongful termination. These types of claims are complex, so it is best to talk to a California employment lawyer if you believe that you have been fired for a reason that violates public policy.

At PLBSH, we represent employees who have been treated unfairly at work, including those who have been wrongfully terminated. If you have been fired illegally, contact us today at (800) 435-7542 or info@plbsh.com to schedule a consultation with a member of our team.