What Happens When Someone Is Hurt While Using an App?

What Happens When Someone Is Hurt While Using an App?

Home » Blog » What Happens When Someone Is Hurt While Using an App?

The next wave of product liability actions may be against the developers of apps. 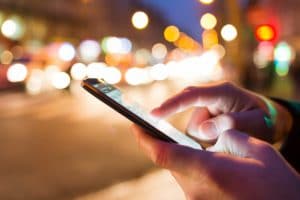 This past summer, Pokemon GO was all the rage.  It was a major hit, with individuals and families across the nation heading outside to play the game.  Aside from data overages, it seemed like good, healthy fun.  But what happens if someone is injured while using those types of apps? Can the developer be sued?

Of course, most apps have warnings: be careful where you use them, use this app responsibly, etc.  But if you’re hurt because you’re playing the game or using the app in the way it was meant to be used, those apps might not protect the developer from liability.

Other than a few lawsuits against Snapchat and other social media sites, we do not yet know how courts will handle claims against app developers.  However, there is an argument for considering them as products subject to products liability claims.
Manufacturers of consumer goods can be liable if their product is in some way defective.  This includes three primary categories of defects:

Apps could fall into any of these three categories in a products liability case.

Take Pokemon GO, for example. The app is designed for users to walk around outside (or even drive) and find certain characters.  You play the game by being out and about, walking around and looking at your phone.  While common sense tells you that you should still be aware of your surroundings, many users may become so distracted by the game that they don’t pay attention — with disastrous results.  They may get hit by a car, wander into an unsafe neighborhood, or trip and fall.  The app developer could potentially be liable because the game’s design is such that when it is being used in the proper manner — by being out, looking for Pokemon — a person was hurt.

Alternatively, an app that purports to give health advice could be liable if the advice given was improper (a form of a “manufacturing defect”), or if the app did not warn users that the advice is not a substitute for the professional opinion of a doctor (an improper label issue).  If the advice says that a high fever in a child is just a sign that a body is fighting off infection, and a parent decides to not take their child to the doctor as a result, then the developer could potentially be liable for the child’s injuries that came about because the parents did not seek medical advice.

Of course, this is all speculative at this point. Apps have been around for several years, but it is only recently that they have become such a big part of our world — and so incredibly interactive and distracting.

If you have been injured as a result of using an app, it is worth considering whether the app developer may be liable for your damages.  Contact PLBSH today at (800) 435-7542 or info@plbsh.com to learn more about your options for pursuing a case against an app manufacturer on a theory that their product caused you harm.  Our attorneys are skilled at handling products liability cases, and are well-positioned to take on the next wave of personal injury litigation as technology continues to advance.