What Is A Right to Sue Letter?

What Is A Right to Sue Letter?

Home » Blog » What Is A Right to Sue Letter?

A Right to Sue Letter is a legal notification from the Equal Employment Opportunity Commission.  If you have received a Right to Sue letter, contact an experienced discrimination attorney today. 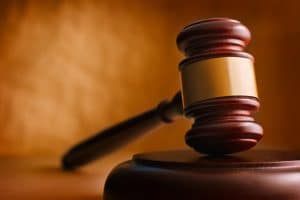 Employment law can be particularly complicated, with different laws governing different types of lawsuits, and many state and federal agencies involved in regulating workplaces.  If you have suffered discrimination at your job, an experienced discrimination attorney — like the lawyers at PLBSH — can guide you through the process, from filing the initial claim to negotiating a settlement or filing a lawsuit.  This article will explain one of the most important documents in a federal discrimination case: the Right to Sue Letter.

Filing a Claim with the EEOC

Under federal law, including the Civil Rights Act of 1964 and the Americans with Disabilities Act, an employer cannot discriminate against an employee based on certain characteristics.  These include gender, race, religion, disability and national origin.  Discrimination means taking an adverse action against an employee, such as firing, demoting, refusing to hire or withholding a pay raise or a promotion because of these characteristics.

For the majority of discrimination cases, before an employee can file a lawsuit against his or her employer, he or she must first file a complaint with the Equal Employment Opportunity Commission (EEOC).  This is the federal agency tasked with enforcing federal employment discrimination laws.  Many states have equivalent agencies and similar rules regarding filing a complaint with the agency prior to filing a lawsuit.

Once a complaint has been filed, the EEOC will investigate the claim.  This may include conducting witness interviews, visiting the workplace or requesting more information.  The EEOC will often attempt to schedule a mediation between the parties.  In some (rare) situations, the EEOC may file a lawsuit against the employer on the employee’s behalf. In most cases, the EEOC will instead either a Dismissal and Notice of Rights or a Letter of Determination.

A Dismissal and Notice of Rights means that the EEOC did not uncover any evidence of unlawful discrimination, at least in the investigator’s opinion.  The employee can still file a lawsuit against his or her employer.  The timeline to file a lawsuit is 90 days after receipt of this letter.

A Letter of Determination indicates that the EEOC believes that discrimination may have occurred.  Both parties — the employer and the employee — will receive this letter from the EEOC.  The EEOC will work with the parties to see if they can settle the case without going to court.  If they cannot, the EEOC will issue a “Right to Sue” letter, which allows the employee to  move onto the next step of filing a lawsuit in federal court.

Most often, California employees who first file through The EEOC have their complaints transferred to the DFEH. The DFEH handles State discrimination, harassment and retaliation complaints.  The DFEH also can make determinations as to whether or not illegal conduct has occurred. However, more often than not, the DFEH issues a Right to Sue Letter. Employees who have been subjected to discrimination, harassment and/or retaliation have one year from the date of the last illegal conduct to file with the DFEH. Unlike the EEOC’S short window of time to file a lawsuit, the DFEH gives the claimant one year from the date of the letter to file suit.

What Should I Do If I Receive a Right to Sue Letter?

If you have received a Right to Sue letter, there is now a strict deadline: you have just 90 days to file a lawsuit.  If you do not meet this deadline, your case can be thrown out of court — and you may not be able to pursue a discrimination claim against your employer.

The first thing that you should do after receiving a Right to Sue letter is contact your attorney.  If you have not yet hired an attorney, contact an experienced discrimination employee as soon as possible.  A lawyer needs time to prepare a case before filing a lawsuit.  The sooner that you notify your attorney of your right to sue letter, the better.

If you have received a Letter of Determination, a Right to Sue letter or a Dismissal and Notice of Rights from the EEOC, call (800) 435-7542 or contact info@plbsh.com PLBSH immediately.  Our attorneys have in-depth knowledge of workplace discrimination laws, and can work with you to make sure that your case is filed in a timely matter, with the best possible chance of success.