What is and Is Not Considered Harassment in California? Get the Facts Today

What is and Is Not Considered Harassment in California? Get the Facts Today

Home » Blog » What is and Is Not Considered Harassment in California? Get the Facts Today 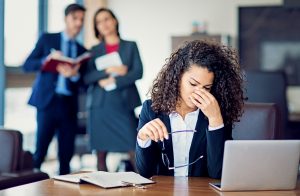 Many workers may believe they are being harassed at work. Maybe a coworker or boss is bothersome or pestering them while they’re at work, or maybe office jokes have gone too far. Unfortunately, not all forms of harassment are covered by the law. The legal concept of workplace harassment is highly detailed.

If you suspect you have been harassed at work, this article can help you decide if the harassment is of the type that can result in a legal lawsuit. If you have any further inquiries, an experienced employment law attorney can advise you on your legal rights. Contact PLBSH at (800) 435-7542 for a consultation.

What is harassment in the workplace?

As previously stated, workplace harassment is only illegal if it satisfies a specific definition. Illegal workplace harassment occurs when an employee is subjected to unwanted behavior based on a protected characteristic, and the employee either (1) had to put up with the behavior in order to keep their job, or (2) the behavior was so severe and pervasive that it created a hostile work environment.

Harassment is a kind of discrimination that is illegal if it is done because of a protected characteristic. A protected trait is one that has been defined by federal, state, and local legislation. Gender, ethnicity, color, national origin, pregnancy, age, religion, handicap, and genetic information are among the features protected by federal law.

Most states and some local governments have enacted anti-discrimination laws, many of which protect the same traits as federal laws, as well as additional traits such as sexual orientation, military status or service, marital status, political activities, gender identity, arrest and conviction record, Sabbath observance, unemployment status, and status as a domestic violence victim.

What is harassment at work?

Harassment can take numerous forms and come from a variety of sources, including coworkers, customers, contractors, and bosses. It can be either verbal or physical in nature. The precise details of the case determine whether or not a situation qualifies as harassment.

Physical harassment is less prevalent than verbal harassment, but it has the potential to be more serious. It might encompass everything from grabbing, stroking, hitting, touching, or pushing, and is frequently seen in sexual harassment accusations. It may be considered workplace harassment if an employee constantly pushed up against other employees. It makes no difference whether the person being harassed is a man or a woman; discrimination can happen to anyone.

Not all harassment is physical or verbal

In certain cases, harassment is neither clearly verbal nor physical. For example, if an employee posts derogatory photographs of women in their workplace or hangs a noose in the office to intimidate African American coworkers, each of these actions could be considered harassment, especially if the behavior occurred on multiple occasions. Workplace harassment can take many forms, including verbal, nonverbal, and physical behaviors.